Michael Finley Reportedly Wants to Play in the NBA Again 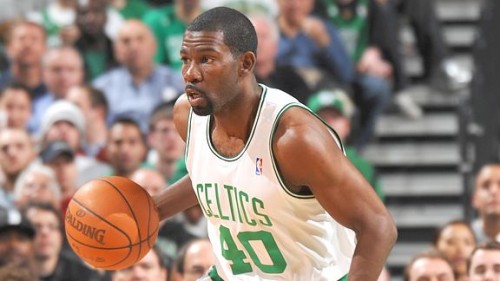 Apparently inspired by old men still hooping like Rasheed Wallace and Jerry Stackhouse, former NBA guard Michael Finley is reportedly the latest in a long tradition of retired ballers contemplating a return to the court. According to ESPN, Finley is looking to move on from the Dallas Mavericks’ front-office for one last run in the L: “Former NBA All-Star Michael Finley is putting his front-office career on hold in hopes of extending his playing career, according to sources with knowledge of his plans. Sources said that Finley, after participating in NBA pickup games all summer, continues to work out vigorously in pursuit of a contract that would give him one more run as an NBA player before shifting his focus to front-office work. Late last spring, Finley began quietly working as an untitled but prominent member of the Dallas Mavericks’ front-office team. The 39-year-old quickly convinced Mavericks owner Mark Cuban that he has promise as an executive, to the point that Cuban unexpectedly dispatched Finley alongside coach Rick Carlisle and president of basketball operations Donnie Nelson on what ultimately proved to be a failed recruiting mission to try to sign Deron Williams away from the Brooklyn Nets. Finley then continued to work under Nelson through the offseason, but also never stopped training to keep alive his comeback bid. After Nelson publicly acknowledged for the first time in August that both Finley and former teammate Eduardo Najera were working as special assistants to the GM, sources say the Mavericks invited Finley to training camp as a player on a non-guaranteed contract before a minor calf injury scuttled that plan. Finley has since shaken that injury and, through longtime agent Henry Thomas, is pitching himself to teams as a capable shooter off the bench and mentor to young players.”