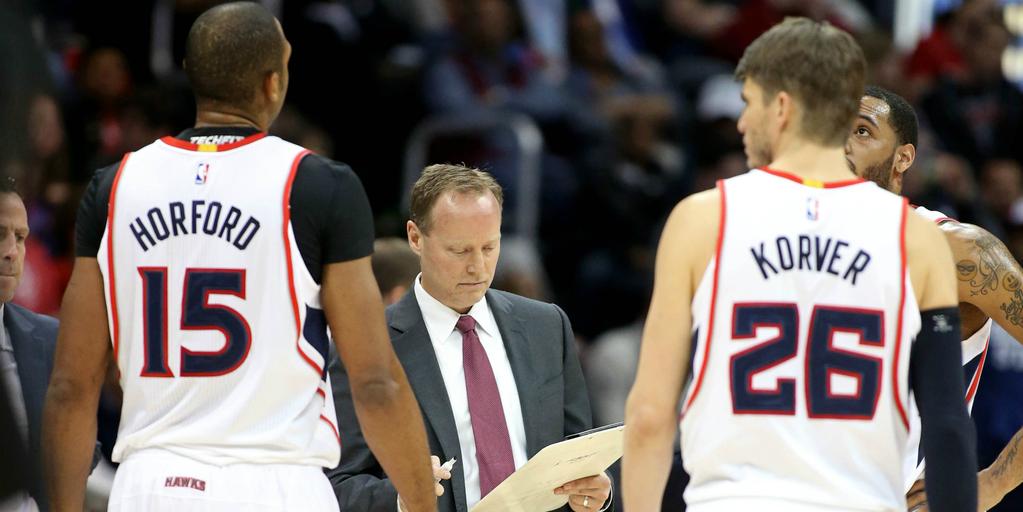 The Hawks and Warriors have the best records in the Eastern and Western conferences.

Frank Vogel and Scott Brooks had the honors last season.

From the press releases:

The Hawks (35-8, .814) clinched the best record in the conference through games played on Sunday, Feb. 1, by virtue of their 110-91 win over the Indiana Pacers on Jan. 21. Atlanta is on a 14-game winning streak, equaling the longest in franchise history. […] Budenholzer, in his second season at the helm for Atlanta, owns a career record of 73-52 (.584). He becomes the first Hawks head coach to earn NBA All-Star Game coaching honors since Lenny Wilkens during the 1993-94 season.

The Warriors (34-6, .850) clinched the best record in the Western Conference through games played Feb. 1, by virtue of their 126-113 win over the Houston Rockets on Jan. 21. Atlanta Hawks head coach Mike Budenholzer and his staff will coach the Eastern Conference All-Stars.

Kerr, in his first season at the helm for Warriors, has steered Golden State atop the overall NBA standings through games played on Jan. 21. Golden State is in the midst of a franchise-record 17-game winning streak at home.