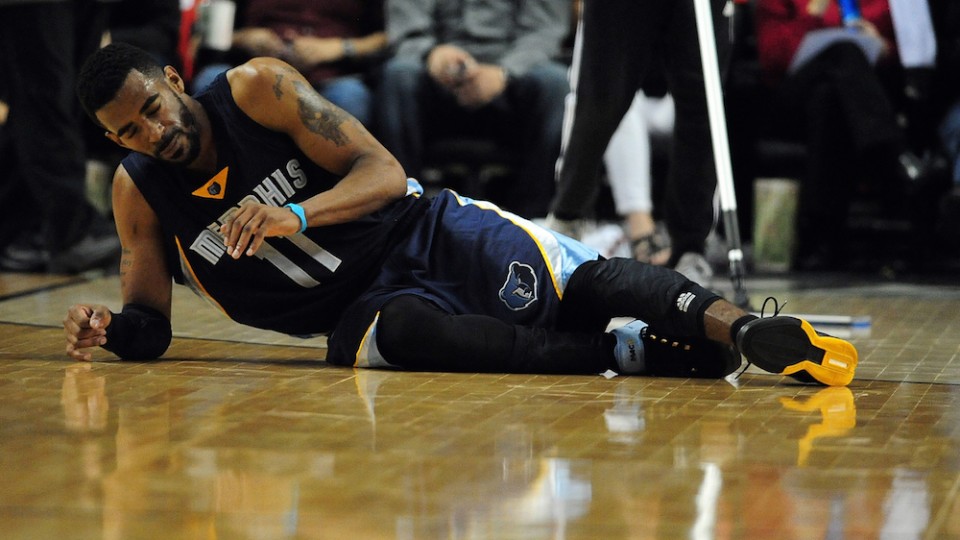 .@MConley11 had facial surgery earlier this morning in #Memphis for injury from Game 3. More details when avail. pic.twitter.com/1Q8ec6ZX8W

The Memphis Grizzlies will be without injured point guard Mike Conley in Game 4 Monday night, as they look to sweep the Portland Trail Blazers.

. @MConley11 will return to #Memphis for further evaluation of a facial injury sustained in Game3 vs #Blazers. He’s out tmrw for Game4.

Proud of my guys for stepping up! Huge win tonight. Thanks for all the thoughts and prayers. I will be fine! #GNG #allheart

Conley was hurt with four minutes left in the third quarter of the Grizz’s 115-109 Game 3 win Saturday night.

But Conley seemed upbeat before returning to Memphis to have the procedure near his left eye. […] “I’ll be good,” Conley wrote in a text message Sunday afternoon before he boarded a plane, while his teammates held a light practice to prepare for an attempt at a sweep.

Conley was hurt with four minutes left in the third quarter of Game 3. He was hit by an inadvertent elbow from Blazers guard C.J. McCollum while going after a loose ball. […] Conley fell to his knees and appeared disoriented for several minutes before the team’s athletic trainer helped him to the locker room. Conley was taken to a local medical facility before the game ended in the Moda Center.

Griz coach Dave Joerger said Sunday that he didn’t want to speculate on Conley’s possible return until learning the extent of the injury. […] Backup point guard Beno Udrih said he would attempt to play Monday night after sitting out Game 3 with a sprained right ankle. Reserve guard Nick Calathes, who played well in place of Udrih in Game 3, will also play more in Game 4. Calathes scored 13 points to go with four rebounds and three assists in 27 minutes Saturday.