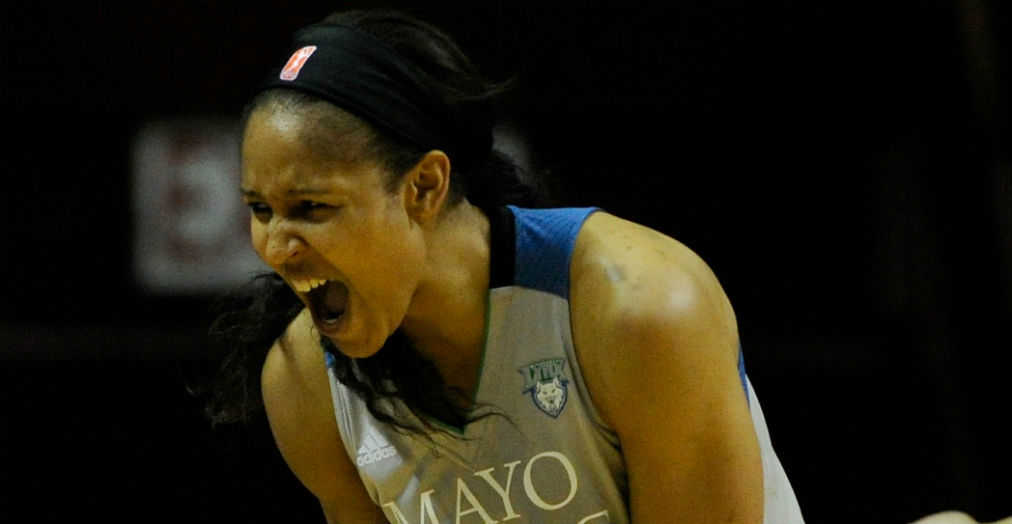 Nneka Ogwumike drilled a fadeaway with about 2 seconds left on the clock in the 2016 WNBA Finals. It gave the Los Angeles Sparks the lead in the series-deciding Game 5. Lindsay Whalen, the Minnesota Lynx’s point guard, heaved a shot from the backcourt but it was too late–the Sparks had won it all.

For the last year, Whalen, Sylvia Fowles, Seimone Augustus, Rebekkah Brunson and Maya Moore have had to live with letting a championship slip out of their hands. Tonight, they finally avenged that heartbreaking loss by beating the Sparks 85-76 in another close-out Game 5.

Fowles, the regular season MVP and the Finals MVP, recorded 17 points and 20 rebounds. Moore hit a clutch shot that closed the door on the Sparks’ furious comeback. She finished with 18 points and 10 rebounds. Whalen put up 17 points and 8 assists, Augustus chipped in 14 points, 6 rebounds and 6 assists and Brunson added 13 and 8.

With the exception of Fowles (she was traded to Minnesota in 2015 and now has two titles with them), the Lynx’s core four now have four ‘chips together, tying the Houston Comets for the most banners in WNBA history.

The Lynx won despite trailing 2-1 in the series and now have the chance to write their names in the record books with another title next season.