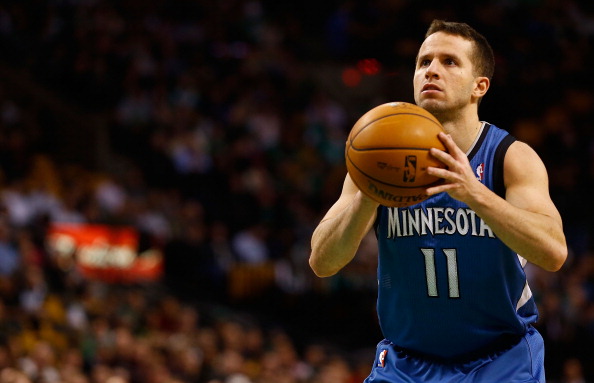 Barea reportedly hopes to re-sign with the Dallas Mavericks once he clears waivers.

It was a decision, Wolves President of Basketball Operations and coach Flip Saunders said, that came down to the direction the team had decided to take — to develop a young roster. And so the team negotiated a buyout for Barea, who was due about $4.5 million on the final year of his contract, then waived him.

The decision to go with youth, combined with the offseason signing of Mo Williams, meant that Barea wasn’t going to get the regular minutes he wanted. […] “And we also felt that Glenn Robinson has a chance to be a very good player in this league,” Saunders said after Monday’s practice. “And so what happens is you make a decision as an organization to go in a direction. Now we have six players with two or less years’ experience. You either have to be committed to that or not.”

After clearing waivers, JJ Barea is then hoping to re-sign with the Dallas Mavericks, who'll have to open a roster spot to make room for him