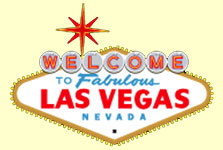 Given the burgeoning success of Summer League in Las Vegas, NBA commissioner Adam Silver hinted that the L is toying with the idea of a midseason tournament in Sin City. It’s just a proposal at the moment, following meetings by the Board of Governors and the competition committee. Per NBA.com:

The competition committee met for 10 hours Sunday and Monday, discussing the draft lottery, the playoff system, conference and division structure and details of the centralized replay system to be used starting in 2014-15. Silver said a trial run would start in September using WNBA games. Replays will be cued up at the league’s division in Secaucus, N.J., but game officials in each arena still will make the determinations.

The popularity of the summer league in Las Vegas – with attendance up 25 percent, Silver said – has the league open to ideas for a greater role in the nation’s gambling capital. One possibility, mentioned without details as a brainstorm from the competition committee: A midseason tournament of some sort.