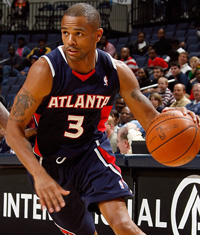 Although it might be nice, teams can’t go into the season with 20 players on the roster. That’s why we’re seeing plenty of cutting and trimming going on this week. Rather than posting every press release, we compiled everything we’ve heard since Monday into the table below. Some teams have already made the cuts to walk into the regular season. Others, clearly, will be making decisions in the near future.

Whether they’re second round rooks, undrafted ‘longshots’ or long-time veterans, NBA dreams are being quickly being thrown out the window… and across the pond. Teams need to trim their roster to 15 players by the start of the season next week, but are likely to carry even fewer players. Remember, only 12 players can suit up for a game.

If we missed anyone (keep in mind we’re only talking about cuts made on or after October 19), feel free to comment and we’ll add to the list.