According to the NY Daily News, NBA Commissioner David Stern strong-armed into existence the NBA’s newly-formed competition committee, and he wants them to take a long, hard look at changing the rules as they pertain to goaltending and those pesky floppers: “From ordering lockouts to scheduling Christmas Day games to determining who has power and who doesn’t, nothing of consequence in the NBA ever happens without David Stern calling the shots. On that last front, the league’s 30 general managers lost a good deal of power this past week when the NBA announced that a new ‘ompetition committee’ that includes select owners, GMs and coaches will decide all future rules changes, along with other potential modifications to the game. reviously, and for what seems like the last 25 years, rules changes were the exclusive domain of the league’s general managers. Owners and coaches were not a part of the process. Unless the GMs wanted to make a change, it never got to a vote. But in recent years, that system had not been working for Stern. So he ordered the change. […] ‘Stern is looking for more control,’ said a source. ‘He hasn’t been able to get some things done because he’s had to deal with 30 general managers and he can’t control them. But now he has his people on the committee.’ Stern’s new committee is expected to work on two major rules changes right away: Adopting the international rule for goaltending, meaning that balls could be legally knocked off the rim or backboard that now would result in a basket; and penalizing ‘floppers.’ Stern has talked to GMs in the past about changing the goaltending rule, but never got anywhere. But now he’ll have a more receptive group to consider what would be a dramatic change in the defensive rules.” 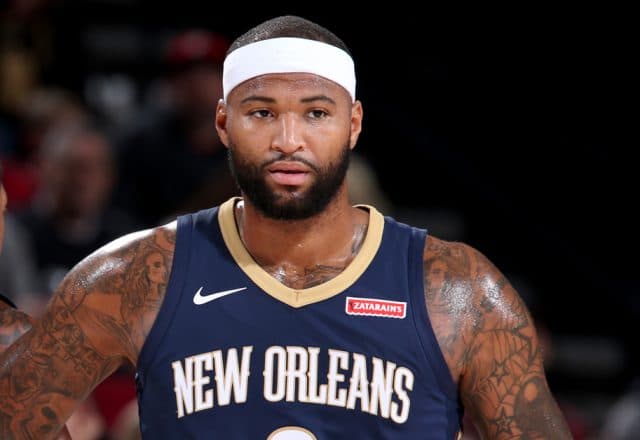 DeMarcus Cousins: Flopping Is Diminishing The ‘Competitive Spirit of Basketball’