The 1992 USA Basketball Dream Team is considered by many as the greatest basketball team ever assembled. It featured 11 future Basketball Hall of Fame players and a legendary coaching staff.

NEW YORK, N.Y. (May 17, 2012) – NBA TV will celebrate the 20th anniversary of USA Basketball’s iconic team, which captured the attention of fans around the globe, when the network premieres NBA TV’s The Dream Team presented by Right Guard® on Wednesday, June 13, at 9 p.m. ET.

Narrated by writer/director/producer Ed Burns, the film will be the definitive documentary of the historic 1992 USA Basketball team, featuring recent interviews with all 12 members, including Michael Jordan, Magic Johnson, Larry Bird, and Charles Barkley.

The 90-minute documentary will showcase never-before-seen footage and untold stories of how the most dominant team ever assembled returned USA Basketball to glory, while turning basketball into a global phenomenon.

The world had rarely seen a frenzy as the one the Dream Team created when it arrived in Barcelona, Spain, in July 1992. The Dream Team featured 11 future Naismith Memorial Basketball Hall of Fame players and three future Hall of Famers on the coaching staff, including head coach Chuck Daly.

NBA TV’s The Dream Team presented by Right Guard® will take viewers on a behind-the-scenes journey into the selection of the team, the dynamic personalities, the legendary team-building experiences in training camp and exhibitions, and ultimately its rock-star-type unveiling in Barcelona.

NBA TV’s The Dream Team presented by Right Guard® will include:

•    The Team’s only loss, as documented through rare footage from USA Basketball’s film library, and the untold story behind what has become part of basketball legend.

•    The Story of the greatest game never seen, featuring exclusive footage from 20 years ago in Monte Carlo when Magic and Jordan went head-to-head in practice.

•    How The Team was chosen: The story behind the selection process for the Dream Team’s roster.

•    Many other exclusive interviews with those connected to the team.

Right Guard® is the official deodorant and body wash of USA Basketball. RIGHT GUARD®, the high performance antiperspirant and deodorant brand since its launch in 1956, is currently depended on by millions of people worldwide for providing unbeatable odor and wetness protection. Right Guard® brand advertising in the early nineties featured Dream Team members Charles Barkley and Scottie Pippen with the tagline “Anything less would be Uncivilized.” 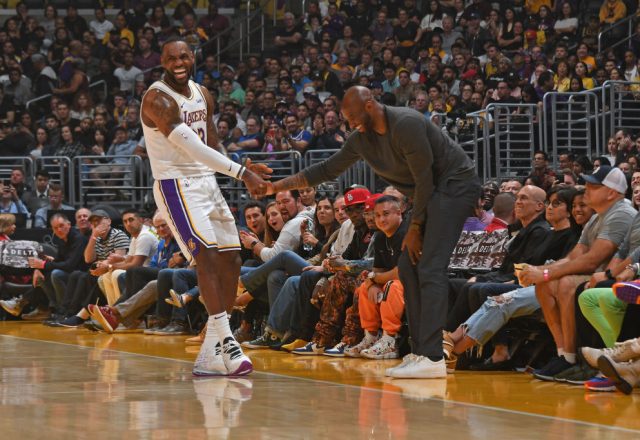