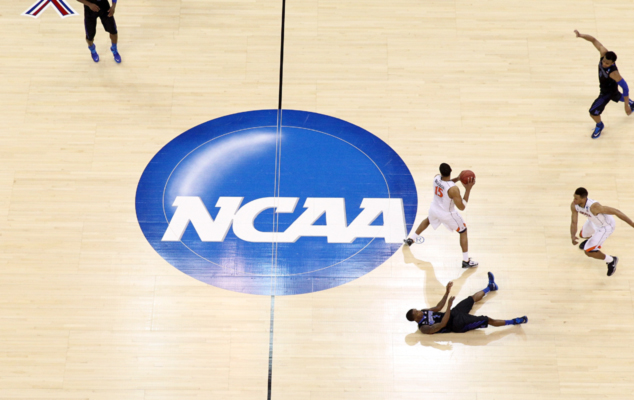 NCAA President Mark Emmert sat down for a Q+A with CBS Sports and discussed reform to college hoops. During his interview, Emmert talked about a number of topics, including the NBA’s age limit, one-and-done players in the sport and how the NBA Developmental League could be restructured so that athletes could possibly play there and return to college.

Q: NBA commissioner Adam Silver continues to push to increase the NBA age limit from 19 to 20 years old. Do you continue to speak with him on this matter, and what’s your sense on whether the NBA Players Association would support this?

Emmert: I have talked to him a bit about it. I’ve also heard from the new executive director of the Players Association and her comments. They both have important points to make, and the last thing the NCAA wants to do is get in the middle of their labor relations. That’s not our business. I think that there’s a deep interest among my universities that they want to make sure we’re doing the best by young men and women who play games, and not have a young man, a boy, feel the necessity to go to college to touch a base to jump to a professional sports league and not take their education seriously. That’s a fundamental problem.

Emmert: First of all, it’s hard to tell who’s a one-and-done. That’s an individual choice, as it should be. I get that. But there’s a lot of issues here that need to be addressed. I think members need to look at the relationship between college sports and professional sports, and I don’t know what this looks like, but allow young men that are playing college basketball, for example, to get a much better sense of the marketplace. Right now, the only way they can really get a clear picture of the marketplace is declare for the draft and step away. Most of our rules say now you’re done. Go over there, you’re finished. Is there a way for those who aren’t going to play in NBA to learn from somebody in the outside world who says, look, you’re not going to play professional ball?

Q: So give players representation. We already know that happens in baseball, although NCAA rules still restrict those players to an extent.

Emmert: I think that’s what I’m talking about. … I’m more than happy to have us all consider what should the model look like in relationship between us and professional sports leagues. OK, if you go play a year in the D-League, does that mean you never, ever come back to college to play? I don’t know. Maybe that’s something we need to think about.

Q: So if a player gets drafted and goes to the D-League, you’d be OK with the player returning to play in college?

Emmert: I’m open to consider that. But again, that’s me and not the members. I’m sure coaches would have their concerns about that and I understand why. You wouldn’t want it to be a revolving door that one year I’m here, the next year I’m in the D-League. You’d have to structure it.