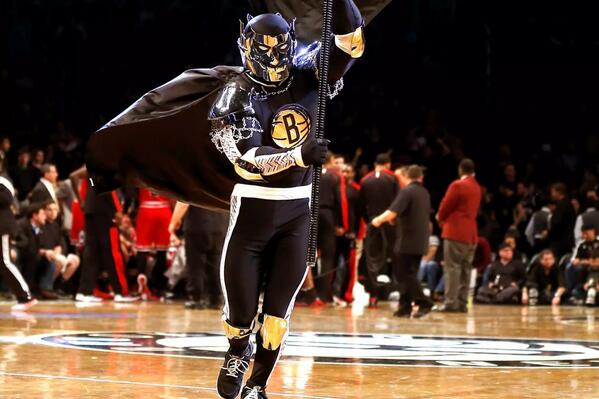 Actual news: Nets have informed their mascot he will not return next season, may place Brooklyn Knight character on hiatus…or worse.

To be clear: this is not about the person who plays the mascot. Hearing this is about dissatisfaction with the Knight character.

Nets official confirms it: The BrooklyKnight is dead. Or at least on hiatus. And probably never coming back.

Official Nets statement: "We put a lot of effort into the BrooklynKnight, but we've decided to go in a different direction." #RIPKNIGHT