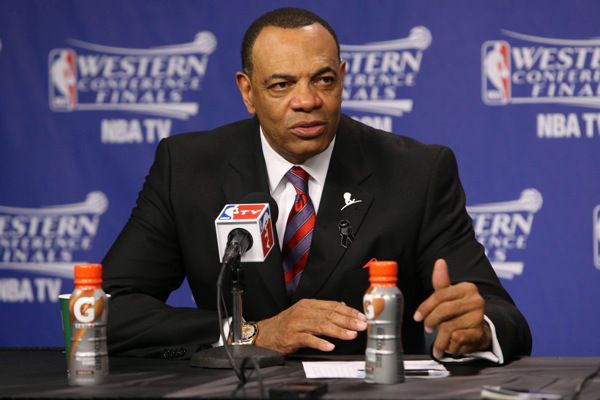 The Brooklyn Nets have reached an agreement in principle with Lionel Hollins to become the team's new head coach.

With Jason Kidd now out of the picture, the Brooklyn Nets have turned their focus on Lionel Hollins. ESPN reports that Hollins is nearing an agreement on a multi-year deal paying him over $4 million annually:

Hollins led the Memphis Grizzlies to three consecutive playoff appearances in his last three seasons with the team. In 2012-13, his last year at the helm, the Grizzlies won 56 games and advanced all the way to the Western Conference finals. The two sides ultimately decided to part ways, and Hollins’ contract was not renewed, apparently because there were philosophical differences between him and ownership.

Hollins would take over for Jason Kidd, who left the team to take over the Milwaukee Bucks earlier this week.

Hollins has been a favorite of Nets officials for some time and was pursued by Brooklyn to serve as an assistant to Kidd after the in-season departure of Lawrence Frank, but the former Grizzlies coach was determined to wait for a head-coaching opportunity. Hollins was also chased hard this spring by the Houston Rockets to serve as the top aide to Rockets coach Kevin McHale in the event that he didn’t land a top position.