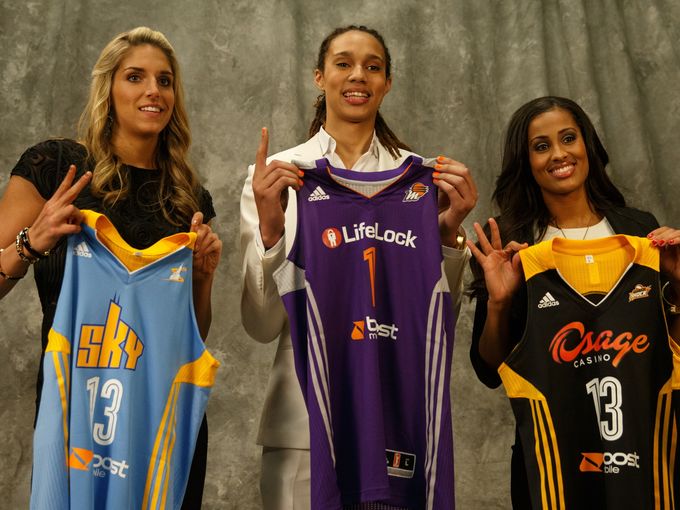 The No. 1, No. 2 and No. 3 picks in the 2013 WNBA Draft are all joining the same team—well, the same brand. Brittney Griner (Mercury), Elena Delle Donne (Sky) and Skylar Diggins (Shock) will suit up for different franchises in their respective rookie seasons, but all will lace up Nikes, since all three have signed with Nike brand.

You probably already know all this, but in case you aren’t up on the accomplishments of that trio, Nike helps you get familiar. After all, they are the future of the women’s game:

Delle Donne, a versatile 6’ 5” guard/forward, is the 2013 Honda Player of the Year, a  two-time First Team All America (’12, ’13) and ranks fifth in all-time NCAA scoring.  She is also the two-time Academic All-American of the Year (’12, ’13). Additionally, Delle Donne won a Gold Medal with Team USA at the World University Games.

Diggins, a 5’9” point guard and fiery on-court leader, earned First Team All-America honors in 2012 and 2013 as well as the Big East Player of the Year, and took home the Nancy Lieberman Award as the nation’s best point guard in those seasons. She was named NCAA Regional Most Outstanding Player during the tournament three times (’10, ’11, ’12).