Nikola Pekovic’s Season is Over 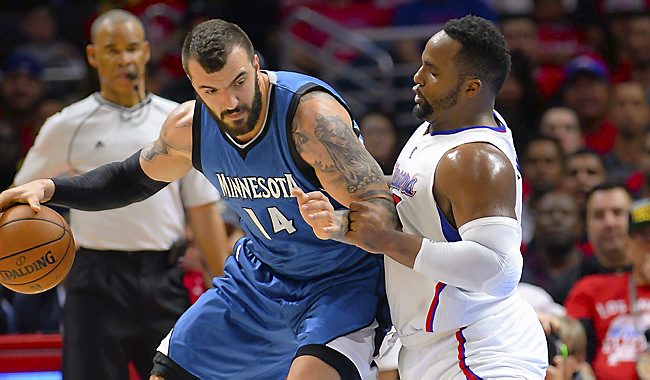 The Minnesota Timberwolves confirmed Monday afternoon that injured center Nikola Pekovic will not suit up again this season.

Flip confirms that Nikola Pekovic will be out for the remainder of the season.

Pek is out with ankle soreness, an ailment that has plagued the big fella for years.

Through five seasons Pekovic has appeared in 259 of a possible 394 games, or roughly two-thirds. But that includes his first season, 2010-11, when he played in 65 of 82 games. In the four years since? Just 62.2 percent. The last two seasons that number has dropped to 51.8 percent.

(Flip) Saunders would not elaborate on Pekovic. When he was asked when the decision was made to sit him for the rest of the season, he told reporters to talk to the team’s medical people, something reporters are not allowed to do.

Also out (Monday night): Gorgui Dieng, who has concussion-like symptoms. Kevin Garnett and Shabazz Muhammad are both home sick. Kevin Martin is listed as available, but I bet he doesn’t play. Gary Neal, Pek and Ricky Rubio are also out.