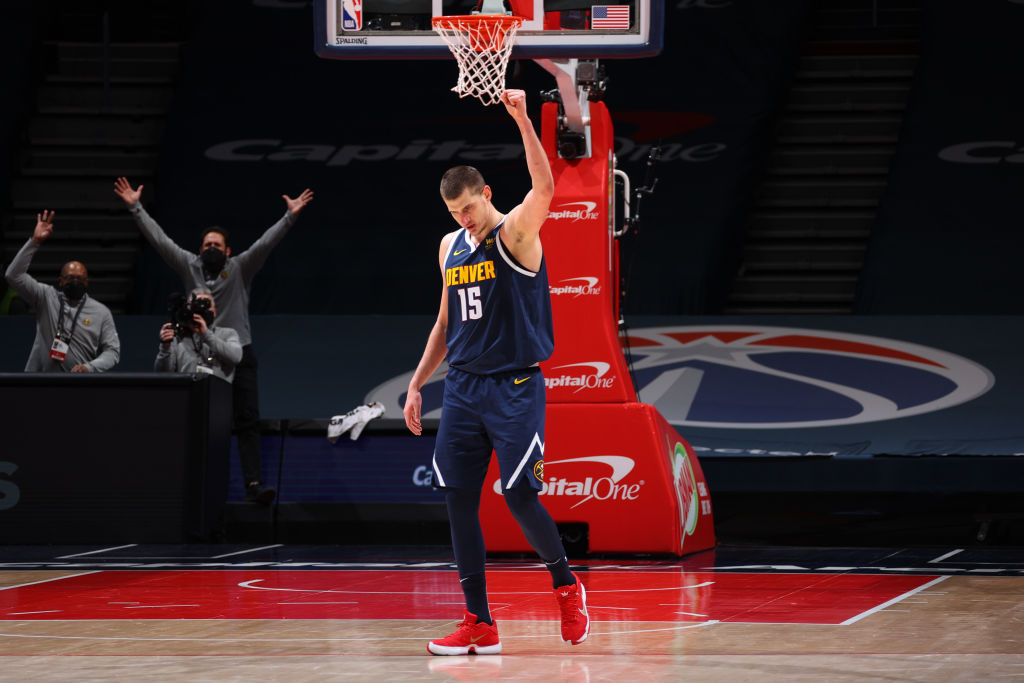 Per Shams Charania of The Athletic and Stadium, Denver Nuggets superstar Nikola Jokic is the winner of the 2020-21 NBA MVP Award.

Jokic, now in his sixth season after being selected with the 41st overall pick in the 2014 NBA Draft, becomes the lowest draft pick in NBA history to win the MVP award.

Jokic, oftentimes compared to a modern-day Larry Bird due to his dynamic abilities on the court (and an appearance that screams “average Joe” rather than basketball prodigy), had a career season in 2020-21 with averages of 26.4 points, 10.8 rebounds, 8.3 assists, 1.3 steals and 0.7 blocks in 34.6 minutes per game.

Despite being an aggressive high-volume scorer, Joker also managed to shoot 56.6 percent from the field, 38.8 percent from 3-point range and 86.8 percent from the free-throw line; good for a career-high true shooting percentage of 64.7. Looking at other numbers, such as win shares per 48 minutes (.301), box plus-minus (8.7) and total RAPTOR (+9.3), Jokic’s contributions to the 47-25 Denver Nuggets’ success are startling.

Games like a 50-point, 12-rebounds affair against the Sacramento Kings on Feb. 6, an 18-assist triple-double against the Houston Rockets on Dec. 28 or a seven-steal performance against the Brooklyn Nets on Jan. 12 help highlight Jokic’s dominance this season, with Jokic powering the Nuggets through injuries, COVID-related absences and a Western Conference stacked with as much talent as ever.

The Serbian warrior, blessed with soft touch, nifty footwork, preternatural passing ability, an elite basketball IQ and a bevy of unique moves to get his shot off, should become a household name after being named the 2021 NBA MVP.

Jokic will formally be announced as the 2021 NBA MVP Award winner during TNT’s pregame show, which begins at 7:30 (EST) on June 8, per the Denver Post’s Mike Singer.