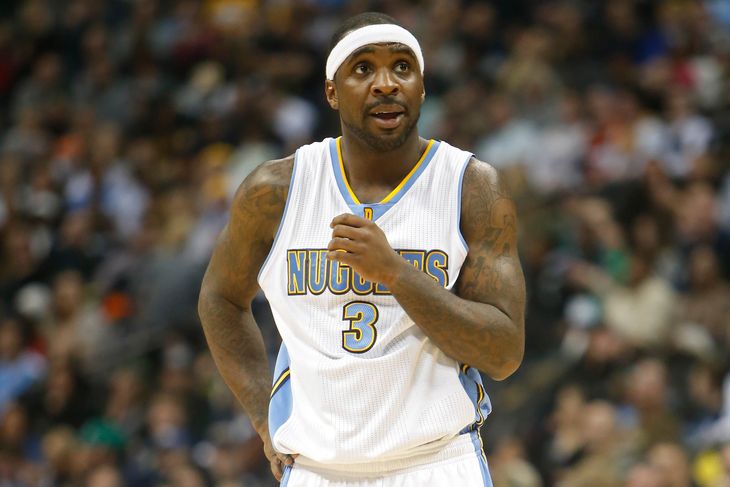 Denver Nuggets president Josh Kroenke says he’s rooting for Ty Lawson to get his career and life back on track.

Lawson was recently traded to the Houston Rockets, this after getting busted with a DUI for the second time in a six-month period.

Kroenke and the Nuggets did what they could to deal with Lawson’s demons, but decided to cut the cord with the talented 27-year-old point guard once he veered down a “dark path.”

Kroenke said on Tuesday in a phone interview that the Nuggets had been privately trying to help Lawson with his issues for “the past couple of years” and that there had been problems for a long time. […] Kroenke said he had repeated conversations with Lawson about his “life struggles,” adding that Lawson often said he would attempt to fix his issues but he could “never fully shake them.”

“He always had an affinity for burning the candle at both ends,” Kroenke said. “We want to give our players freedom to be young guys as well. We’re not going to be drill sergeants. But we want our guys to be able to handle their personal lives on their own. […] Ty … there were times when he was better than others. But the problems have been there for several years, going back to when we were having a lot of on-court success. I don’t want to go back too far. There were just a lot of times where you were at practice and you just know. You could smell it. You know there is probably deeper issues than he would probably let on.”

“There weren’t a lot of teams [interested in Lawson],” Kroenke said. “Houston was in a position where this could put them over the top. We’re fully aware of that. We couldn’t look at this deal from any perspective but our own. […] In the long run, I hope [the trade] is a good thing for Ty Lawson, the person. There are no guarantees. Sometimes you just need to hear the message from a different person. Sometimes a change of scenery is the best thing for all parties. That’s the way we looked at this. … I think Ty Lawson, the person, is starting to understand more so than he ever has the things he needs to do in order to keep his career on track and more importantly get his life on track.”