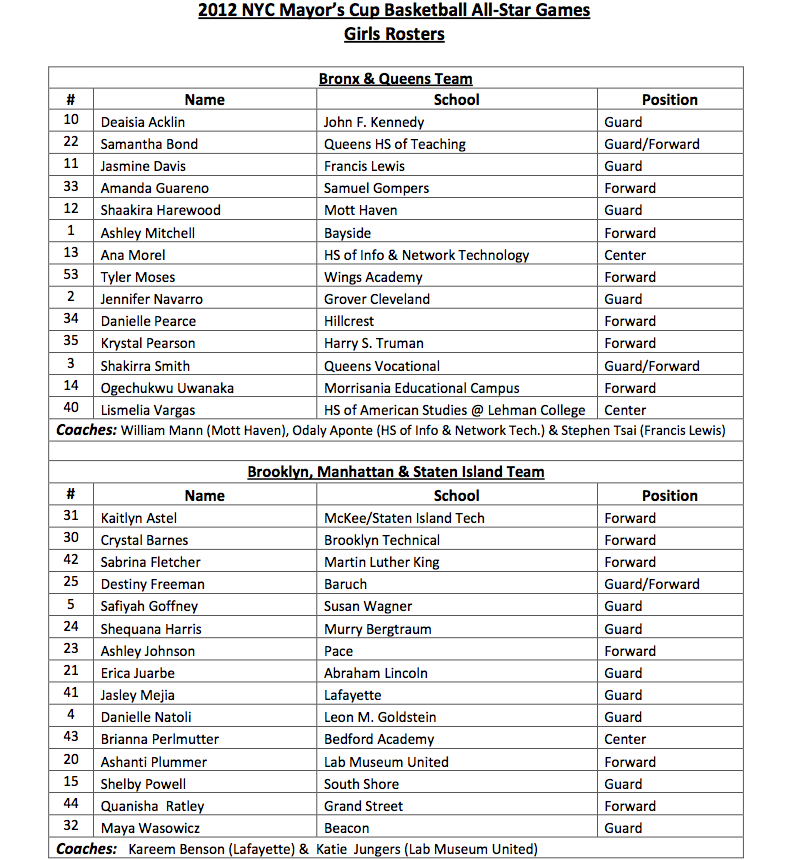 Some of the top New York City public HS seniors basketball players will be donning Under Armour gear tomorrow night while partaking in the NYC Mayor’s Cup games. From our friends at NYC & Company:

Top male and female high school seniors from the Public Schools Athletic League will compete in the second annual NYC Mayor’s Cup Basketball All-Star games. The All-Star games will take place on Friday, March 30 at CCNY’s Nat Holman Gym located at 160 Convent Avenue and 136th Street in Manhattan. The Girl’s All-Star Game will start at 5:00pm followed by the Boy’s All-Star Game at 7:00pm. A limited number of tickets will be distributed at the door free of charge.

Both the male and female teams will be divided by borough as the all-stars from Brooklyn, Manhattan and Staten Island will take on the all-stars from the Bronx and Queens. Complete rosters can be found at facebook.com/nycmayorscup.

The NYC Mayor’s Cup series, which encompasses a variety of sports events throughout the year, is organized by NYC & Company, the City’s marketing, tourism and partnership organization. The series brings together student athletes from public, Catholic and independent schools to compete for the title of “Best in the City.” For more information, visit facebook.com/nycmayorscup. 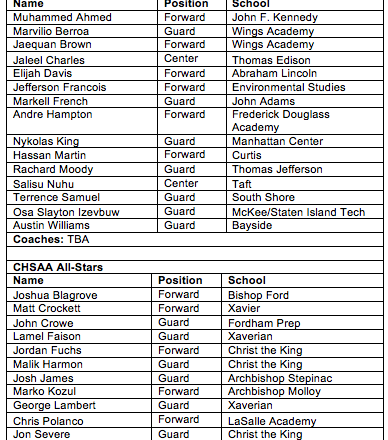