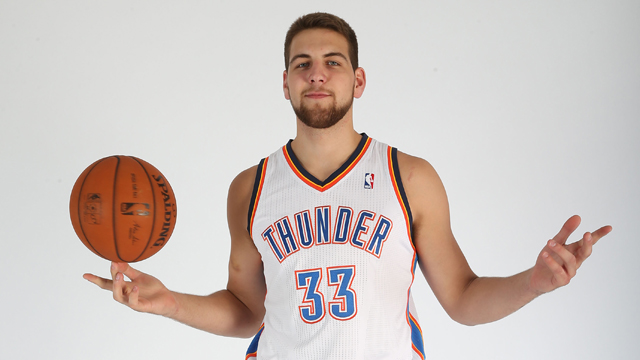 McGary broke the second metatarsal bone in his left foot Wednesday in a preseason game against the Denver Nuggets.

Thunder rookie forward Mitch McGary will be out 5-7 weeks with a fracture in his left foot. The injury occurred Wednesday at Denver.