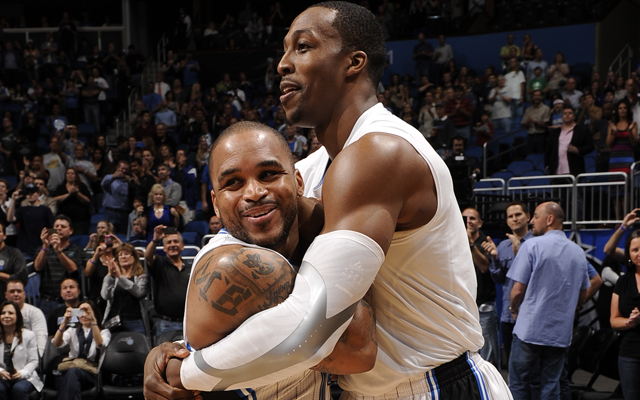 The Orlando Magic announced on Monday that 10-year veteran point guard Jameer Nelson has been waived (guard Willie Green was claimed off of waivers.) The Magic said the Nelson move was a reflection of the team’s plan to rebuild around its promising young core. From the press release:

One of only two players ever to wear a Magic uniform for 10 seasons, Nelson was waived by the only team that he’s ever played for professionally so that he could become an unrestricted free agent when the courting period begins in less than nine hours at midnight. Contractually, Orlando had until July 15 to make a decision on the final year of Nelson’s contract, but it made a move on Monday so that the 32-year-old Nelson could have the opportunity to continue his career with another team.

“I appreciate the opportunity the Orlando Magic have afforded me and my family over the past 10 years,’’ Nelson said. “I’d like to thank the DeVos family, team management and all the coaches that have provided me guidance, mentoring and the ability to play the game that I love in the town that I love.

“I’d also like to give sincere and special thanks to the great Magic fans … you have loyally supported me since my first day in Orlando, and have always been there for me and my family,’’ Nelson continued. “You made it easy for us to adopt Orlando as our second home, and we will miss you.

“All good things must come to an end, however, and it’s time to move on. I look forward to continuing my career as an NBA player, and will never take for granted my time in Orlando.’’