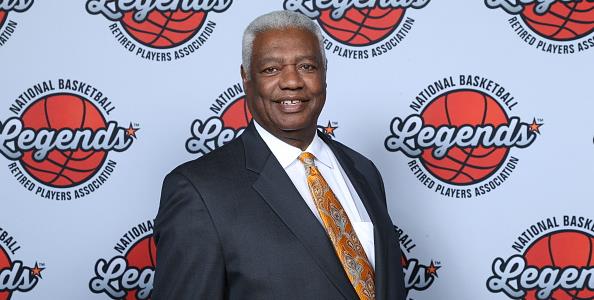 NBA legend Oscar Robertson is less than impressed by today’s game, to say the least.

And the Big O places the blame for the game’s (supposed) downfall squarely on the coaches, who (supposedly) are clueless about both team defense and offensive strategy.

Roberston acknowledges the greatness of Stephen Curry and the defending champion Golden State Warriors, but reasons that there should be some kind of defense out there to at least slow them down.

“If I’ve got a guy who’s great shooting the ball outside, don’t you want to extend your defense out a little bit?” the 77-year-old Big O said Thursday. “I just don’t think coaches today in basketball understand the game of basketball. They don’t know anything about defenses. They don’t know what people are doing on the court. They talk about analytical basketball and stuff like that.”

“They double-teamed me an awful lot during my career,” said Robertson, who in 1960-61 became the first and only player in league history to average a triple double. “I look at games today, and they’ll start a defense at the foul line. When I played, they were picking you up when you got the ball inbounds. So it’s a different strategy about playing defense.”

“(Curry)’s shot well because of what’s going on in basketball today,” Robertson said. “In basketball today, it’s almost like if you can dunk or make a three-point shot, you’re the greatest thing since sliced bread. There have been some great shooters in the past. … But here again, when I played years ago, if you shot a shot outside and hit it, the next time I’m going to be up on top of you. I’m going to pressure you with three-quarters, half-court defense. But now they don’t do that. These coaches do not understand the game of basketball, as far as I’m concerned.”