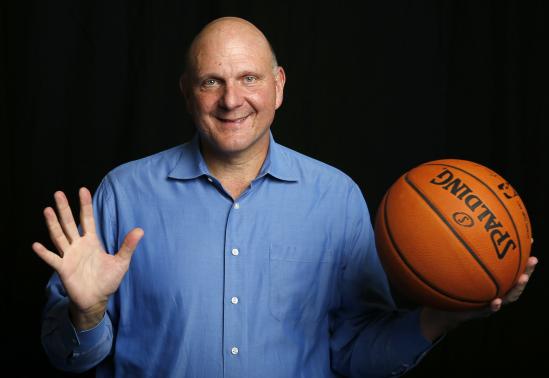 Former Microsoft CEO and new LA Clippers owner Steve Ballmer bans his own family from using iPhones. The billionaire, who may come off as a raving lunatic, is a loyal and calculating businessman at heart.

Ballmer is trying to eradicate all Apple products from Clipper-ville – Ballmer is still the largest individual Microsoft shareholder, with about 4 percent of the company worth $15.7 billion – and thinks the team will emerge stronger after surviving the Donald Sterling fiasco. Per Reuters:

“I think people understand we are a different kind of team,” Ballmer said Wednesday, sitting on the Clippers practice court. “We are born in a funny way, and the guys have all had to live through something not only on the court but off the court together that requires a deeper kind of commitment.”

Ballmer promises that whether the fan comes to the arena, or cheers from the couch, or follows on a smartphone or tablet “you are going to have the best experience and that is not just the best in L.A.”

“Most of the Clippers on are Windows, some of the players and coaches are not,” Ballmer said. “And Doc kind of knows that’s a project. It’s one of the first things he said to me: ‘We are probably going to get rid of these iPads, aren’t we?’ And I said, ‘Yeah, we probably are.’ But I promised we would do it during the off season.”