Pat Riley Says the Heat Have ‘Elements of a Championship Team’ 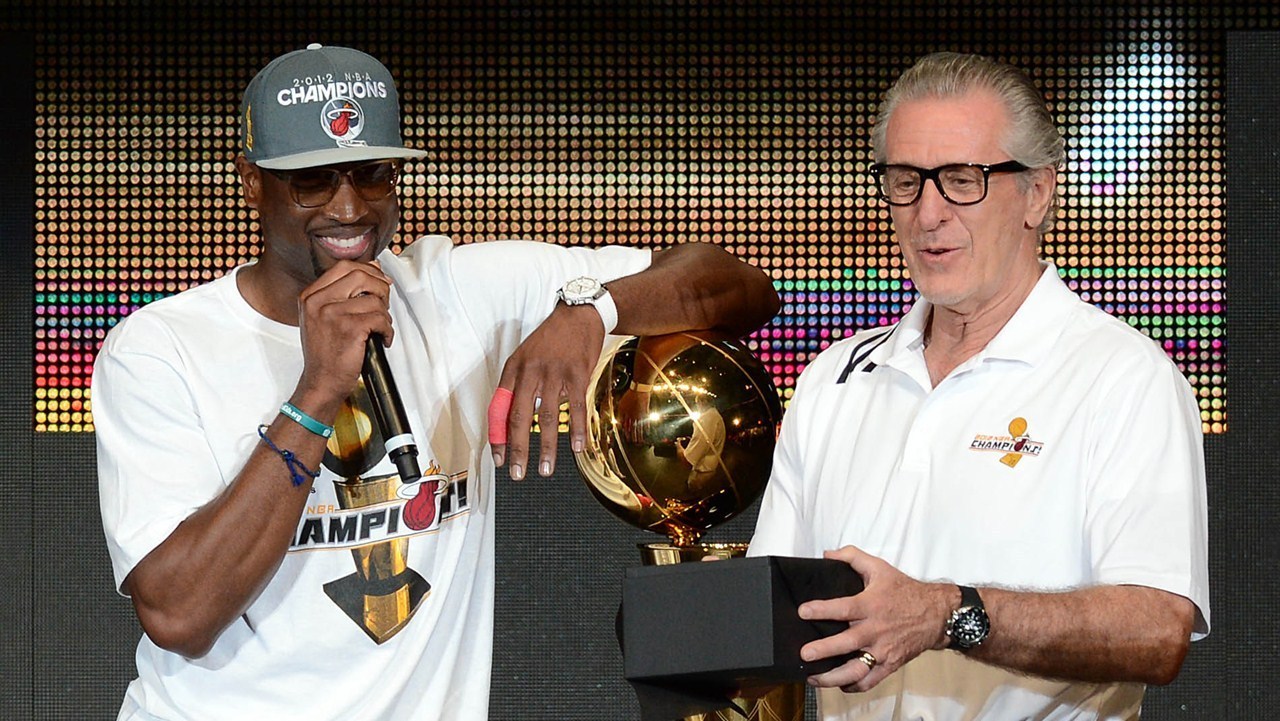 Miami Heat president Pat Riley is happy with his roster makeup heading into 2015-16, and feels confident that his team can contend for the NBA title.

The 70-year-old coaching and front-office legend is relieved that Miami was able to retain “lifer” Dwyane Wade.

No matter what the critics may think, Riley isn’t willing to lower his enormous expectations in South Beach.

Per the Sun-Sentinel (via ESPN Radio):

“I think this team has the opportunity and the possibilities of being a contender,” he said, having yet to address the additions of (Amar’e) Stoudemire and (Gerald) Green beyond a statement in a press release. “And that’s where you start with a team like this.”

“There was a time when I said anything is possible because of what had happened with LeBron (James),” Riley said, with Wade in June utilizing various platforms to address opting out of the final year of his previous contract and then entering free agency. […] “Yeah, I had some concern because we have lost players before and my dream, or our dream, or whatever it was that we had put together in 2010, had not shattered, but had changed.”

That has Wade back in what likely will be a starting lineup with Chris Bosh, Hassan Whiteside, Goran Dragic and Luol Deng. Dragic was re-signed this summer, with Deng bypassing an opt-out. […] “I think this team has all of the elements of a championship team,” Riley said. “Now, whether or not you could ever win a championship will depend on a number of factors, and here we go.”