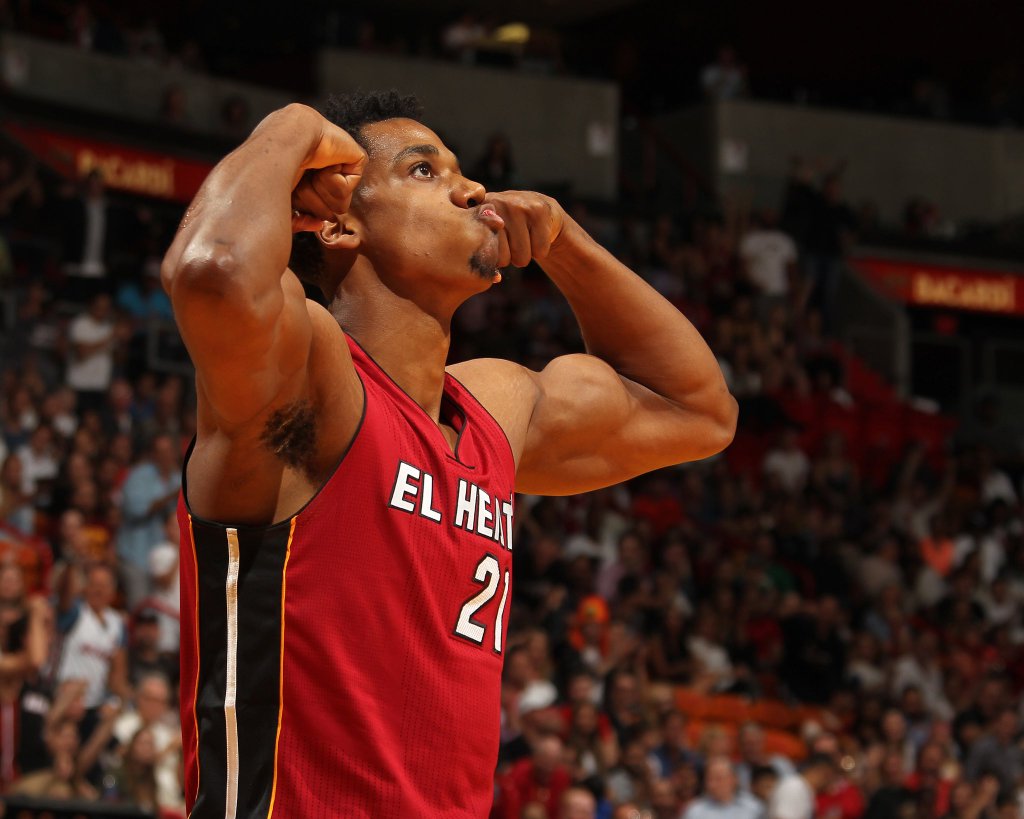 Miami Heat president Pat Riley can hardly believe what Hassan Whiteside has turned himself into, and knows it will cost the team a lot to keep him beyond this season.

Whiteside, 26, is headed into free agency this summer and will command a large contract on the open market.

Riley says he’s never seen a player turn his career around the way Whiteside has.

Whiteside is finishing the final months of a deal that pays him under $1 million this season and is set to hit a huge payday this summer. The guy who was training at the Charlotte YMCA in 2014 could be looking at a four-year, $80 million contract.

“I’ve never been around that kind of turnaround,” team president Pat Riley said this afternoon. “We’ve had some players that we’ve opened our eyes up on, but I think what Hassan did last year and what he’s doing now, his level of play– it’s just all about more experience, more reps, understanding how important he is for us. […] But in my 50 years in the NBA, I have never seen that kind of phenomenon. I know this is hurting me right now as far as his free agency goes because I’m complimenting him, but he’s grown a lot.”

Whiteside has been playing off the bench since early February, but has continued his run as the most dominant shot blocker in the league. He leads the NBA by wide margin with 226 blocks, plus he is averaging 13.5 points and 11.7 rebounds in a little under 29 minutes per game.