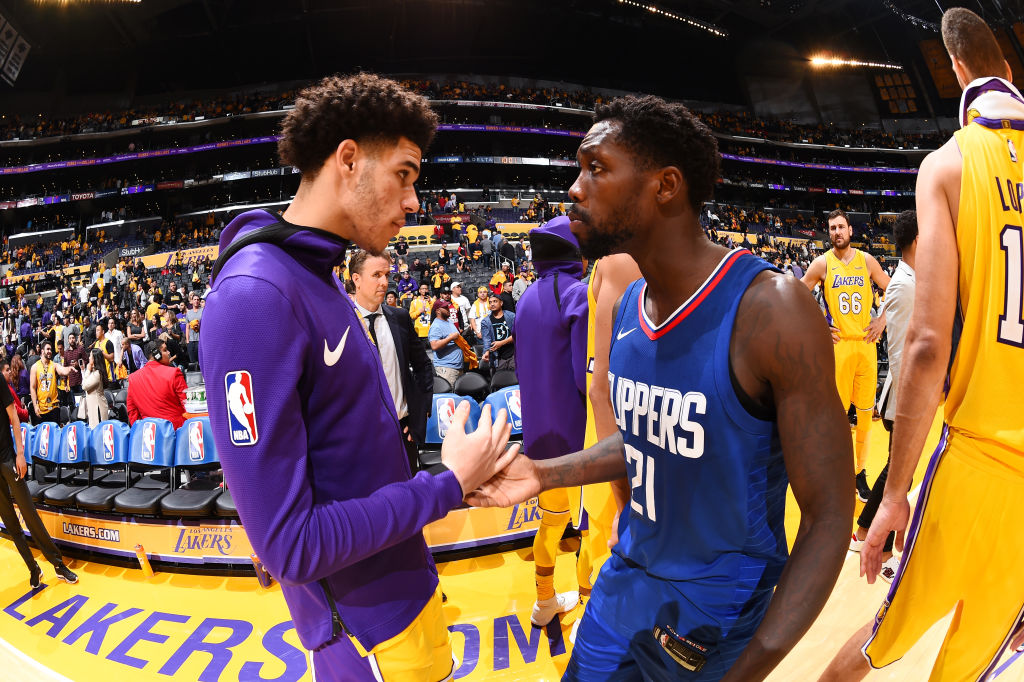 Patrick Beverley rudely welcomed Lonzo Ball to the NBA on Thursday night, and after hounding him during the Clippers’ 108-92 rout of the Lakers, Beverley profanely called out the rookie.

Clippers guard Patrick Beverly screamed outside locker room, “Weak ass m****** f******. Bring him out on the court with me and i I will tear his ass up,” It’s presumed Beverly is talking about Lakers rookie guard Lonzo Ball.

Beverley told Ball that his old man isn’t doing him any favors by creating so much hype around him.

Beverley on Lonzo: “I just had to set the tone. I told him after the game, due to all the riffraff his dad brings, he is going to get… pic.twitter.com/cD7qIfiQDp

“We got blown out, so I didn’t play too well,” Ball said. “It was great to start out, but all I care about is winning, and we lost today. We’ve got to regroup.”

Along with a handful of good-looking passes and a 3-pointer late in the first half, Ball went 1 for 6 from the field and committed two turnovers.

“He’s going to be a great talent, but he has to go through the tough times,” Beverley said. “He’ll appreciate this when he looks back on it.”