Paul George: ‘I Still Don’t Know When My Return Date Will Be’ 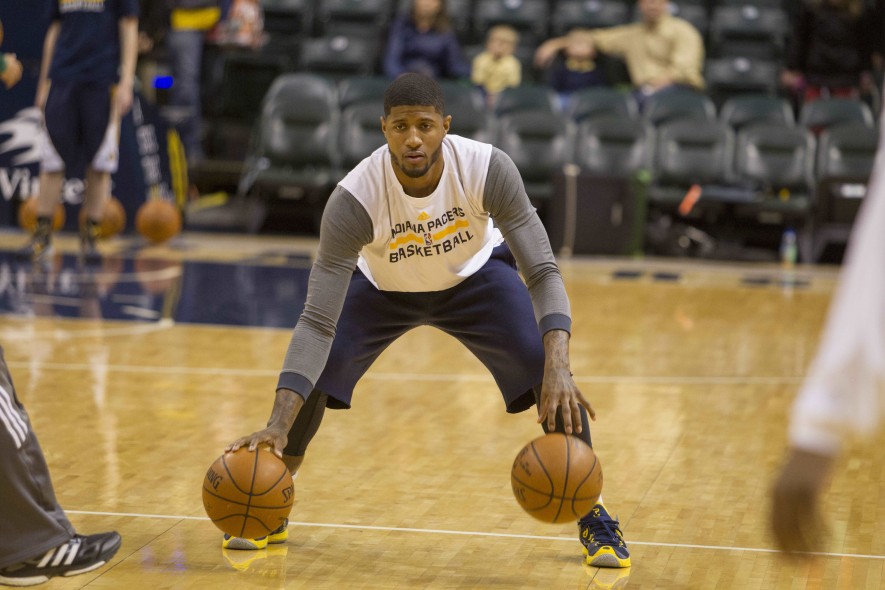 There was talk that Paul George could possibly make his season debut Monday night against the visiting Houston Rockets, but the All-Star forward says that his return to action remains up in the air.

There’s still no firm timetable for PG to suit up for the Indiana Pacers this season.

George and the Pacers are (quite understandably) being very cautious.

“I still don’t know when my return date will be,” George said. “I wanted it to be March 14, but that obviously didn’t happen. We’re just being smart about the situation. When the time’s ready, I’ll be back out there.”

George has slowly progressed in his recovery from fracturing his right tibia and fibula in the USA Basketball Showcase on Aug. 1. He returned to practice on Feb. 26, but the team is taking a cautious approach in making sure that George has his conditioning and confidence back before he returns to the court.

On Friday, ESPN.com’s Brian Windhorst reported that the team was targeting a return for George within the week, possibly as early as last Saturday. George did not play Saturday, nor will he play Monday against the Houston Rockets. The All-Star forward said that that report was news to him. […] “He never spoke to me directly, so I don’t know where that came from,” George said.