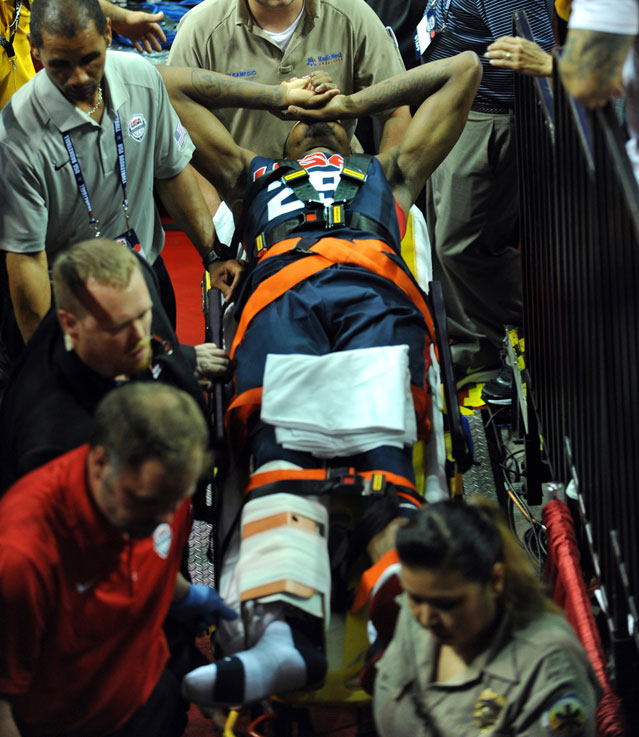 Pacers star Paul George suffered a gruesome leg injury during the Team USA Showcase on Friday night reminiscent of Kevin Ware’s injury two years ago. The scrimmage was cut short in the fourth quarter as George was taken to the hospital to repair an open tibia-fibula fracture.

Team USA released a brief statement Saturday morning, saying that George’s surgery was “successful” and that he’ll be hospitalized for three days.

Thankfully, George didn’t have any additional damage, so his recovery will be focused on mending just his two broken bones. But reports are alleging that a return next season is implausible.

Pacers guard Paul George had a "good surgery. No ancillary damage" but likely out for next season, a source told Yahoo Sports.

It’s sad news for basketball fans, and Team USA will surely use George as its motivation during FIBA World Cup competition this summer. George was reportedly a “lock” to make USA Men’s National Team, set to debut a signature sneaker with Nike and had spoken about taking his offensive game to another level next season.

We wish PG the best in his recovery and a return to full health.

Watch the graphic play that resulted in the injury.