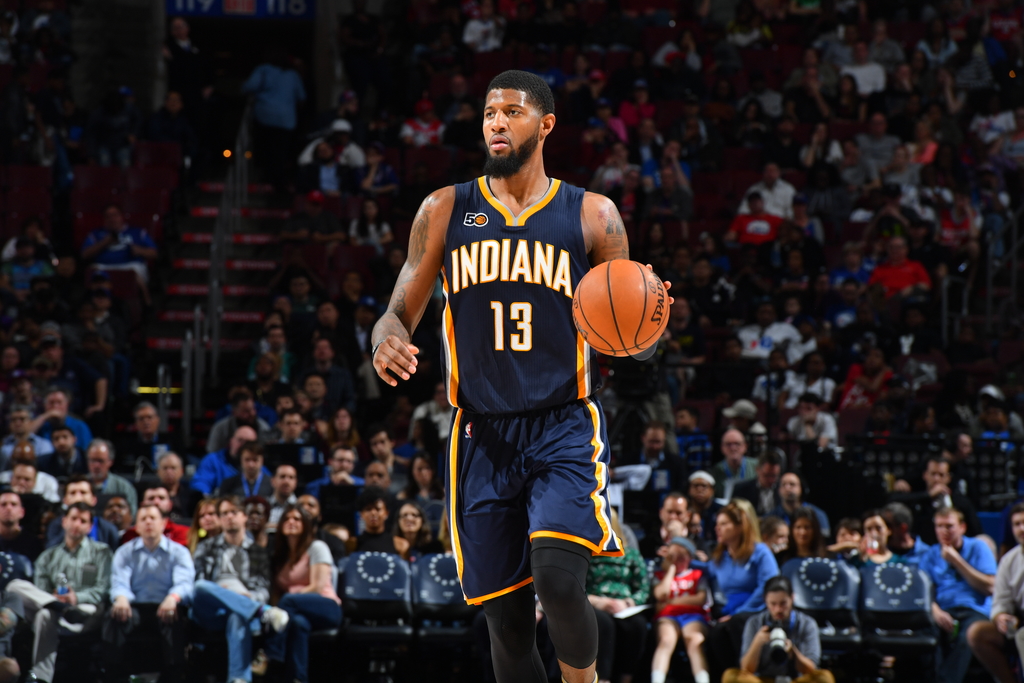 Paul George could live with Gerald Henderson’s antics Monday night—it was the refs’ incompetence that truly got under the All-Star forward’s skin.

George was fed up with the “shitty officiating” in the Pacers’ critical 120-111 road win against the Sixers.

Paul George: “You’ll know how I feel about the officials & tonight I really have no faith in them."

George on Gerald Henderson: "I’ve been warning them all night what he’s going to do, stuff he’s doing & they allow the shit to go on."

Paul George: "I really don’t have no respect & nothing is there for the officiating. Shitty officiating job.”

Paul George: “I don’t care about him (Henderson). It’s the fact that they (officials) let him do that. That’s the problem I have.”

PG and the Pacers head into the final regular season game with their Playoff fate yet to be determined.

George left the court inside the Wells Fargo Center to a chorus of boos from 76ers fans. George said he plans to contact the players association to appeal to the league that the technical fouls should be reviewed and rescinded.

“Hopefully the league looks at what happened and they clean that up,” George said. “I didn’t deserve either one of them technicals. Terrible officiating job.”

Then George gave his opinion on why he felt Henderson was frustrated.

“For whatever reason, he doesn’t like getting scored on by me,” George said. “I get this every time he’s at home. I guess that’s where he feels confident. He’s sweet on the road, but at home is when he gets some nuts.”