Paul Millsap Out for Up to Three Months With Wrist Surgery 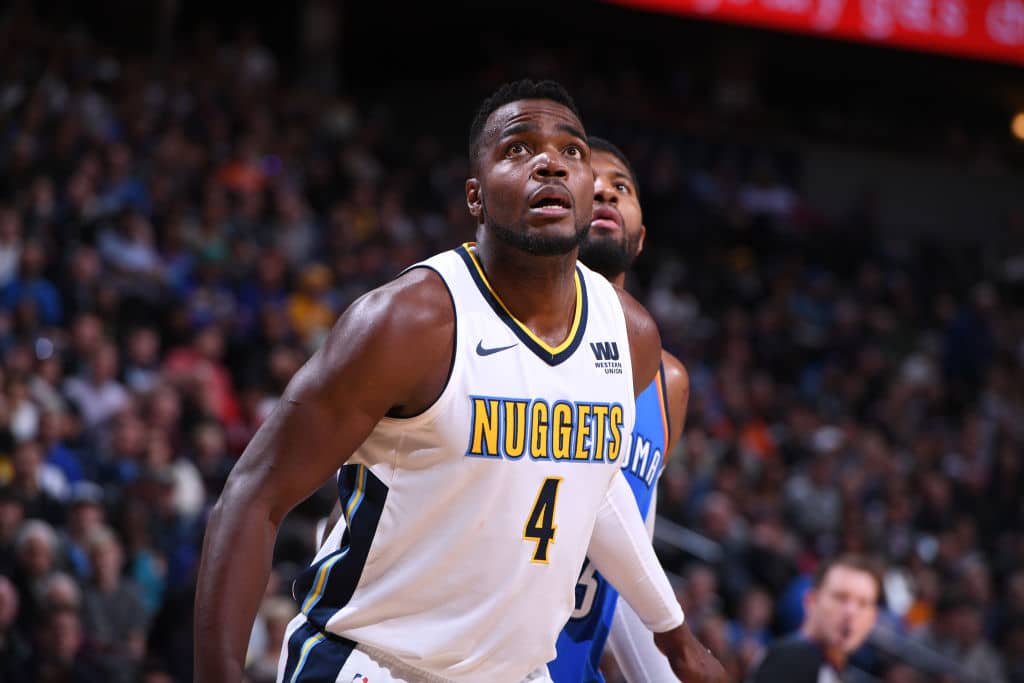 According to multiple published reports, Nuggets big man Paul Millsap will undergo surgery to repair a torn ligament in his left wrist, and may be sidelined for up to three months.

Story on Denver's Paul Millsap expected to be sidelined 2-to-3 months with surgery on injured wrist: https://t.co/m8BH7yDSku

Denver inked the veteran forward to a three-year, $90 million pact in July.

Millsap suffered the injury in the Nuggets’ road loss to the Los Angeles Lakers on Sunday night. Initial X-rays returned clean, but Millsap had further tests over the past two days that confirmed the need for surgery, league sources said.

Denver is currently 10-7 in the Western Conference standings, and Millsap’s injury is a significant blow because of his reliable production and leadership as the starting power forward.

In 16 games this season, Millsap has averaged 15.3 points, 6.2 rebounds and three assists.