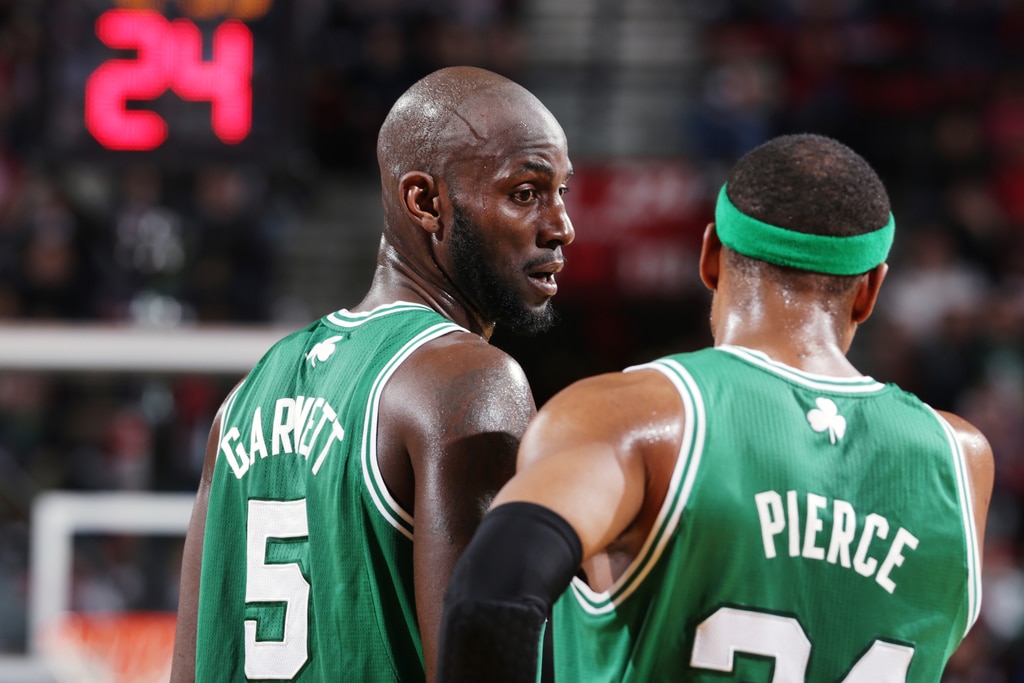 According to Paul Pierce, the Boston Celtics will make Kevin Garnett the next honoree to have his jersey retired.

Pierce had his own his ceremony earlier this week, and says that KG’s No. 5 will hang alongside his own in the TD Garden rafters “without a doubt.”

Celtics president of basketball ops Danny Ainge said the team has had informal talks about retiring Garnett’s number, but that no final decision has been made yet.

“Without a doubt, KG’s number will be [the next one] retired in Boston,” said Pierce. “It’s going to happen.”

Pierce’s was the 22nd number retired by the Celtics. Some argue that Garnett, who played six seasons in Boston after being acquired from the Minnesota Timberwolves, didn’t have a long enough tenure to have his jersey retired.

“It was six years of potential championship-caliber teams and All-Star play from KG,” said Ainge. “I think that it was a pretty significant impact he had in those six years.”

“[Garnett would] rather have his jersey retired in Boston than in Minnesota,” said Pierce. “He’ll eventually have his number retired with the Timberwolves, too, but he’ll have to wait until management sells the team.”