Paul Pierce Says ‘No Way’ He Could Play for the Lakers 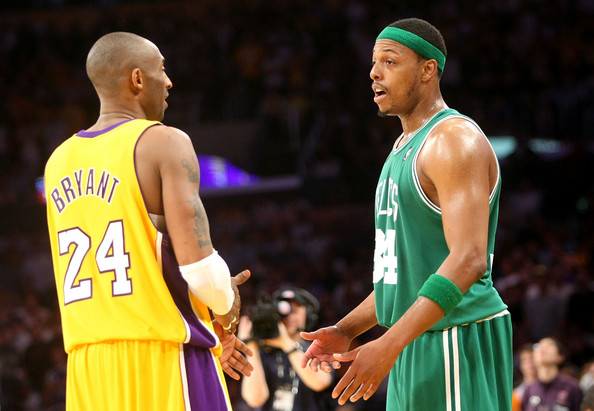 Being a California native, Paul Pierce naturally grew up bleeding Purple and Gold, and concedes that joining for the LA Clippers this summer was “the next best choice.”

Pierce, 37, spent the majority of his Hall of Fame career hooping for the Boston Celtics, and says that made it virtually impossible for him to consider ever putting on a Los Angeles Lakers jersey.

The Clips inked The Truth to a three-year, $10 million deal.

“It’s been pretty wild,” Pierce said of convincing (DeAndre) Jordan to pass up a max contract offer with the Dallas Mavericks and return to Los Angeles. “I think that whole saga took a form and shade of its own. It got a lot bigger than it was supposed to be. […] I made my decision to be a Clipper. DeAndre changed his mind to be a Clipper.”

After spending 15 seasons in Boston, Pierce played one season in Brooklyn after a trade, and then signed last summer with Washington. Despite an impressive playoff performance and raves from teammates, Pierce opted out of his Wizards deal this spring and signed a three-year deal with the Clippers.

“It’s a dream come true to be able to come home, finally,” Pierce said. “I grew up a Laker fan but playing on all the Boston Celtic teams … there’s no way I could go there — so this was the next best choice. And it’s always been a dream to play in front of my family and friends.”