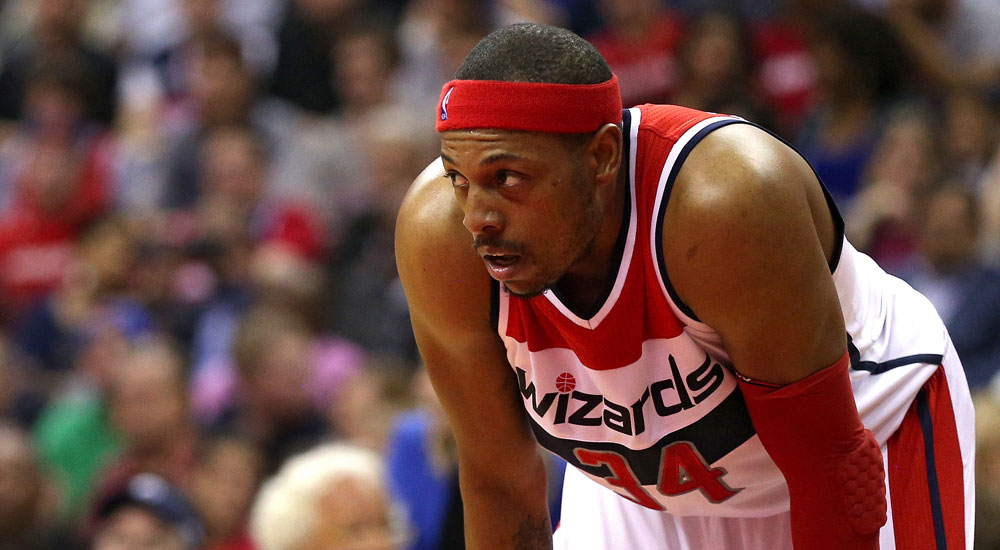 Wizards forward Paul Pierce is leaning toward playing in the NBA next season, according to a source of the Washington Post.

It’s unclear if Pierce wants to opt-in for $5.5 million with Washington, or reunite with Doc Rivers in Los Angeles for the mini-midlevel exception of $3.37 million.

Pierce candidly revealed he wasn’t sure about his basketball future minutes after he heaved a last-gasp three-pointer to extend the Wizards’ season a tick of a second too late. He indicated retiring was a possibility, but a month later Pierce is set on playing next season, according to a person with knowledge of the situation.

The question is where. The 10-time all-star will likely decide between two teams for his 18th campaign: the Wizards and Los Angeles Clippers. Pierce emphasized he loved his year with the Wizards, guiding the Wizards’ young core and getting another crack at the postseason in a more diminished role. And just because he opts out his contract doesn’t mean he won’t stay in the District; Pierce, who turns 38 in October, could sign a one-year deal for more than $5.5 million to stick around, which would also help the Wizards keep the flexibility they desire for the much anticipated summer of 2016.

The Clippers will likely only be able to offer Pierce the mini-midlevel exception of $3.37 million, but they are arguably closer to hoisting the Larry O’Brien trophy than the Wizards — even in the tough Western Conference — and provide Pierce two amenities the Wizards cannot: A return home and a reunion with Doc Rivers. Pierce grew up in Los Angeles and Rivers, now the Clippers’ maestro as the organization’s coach and general manager, coached him for nine seasons with the Boston Celtics. They won the title together there in 2008.