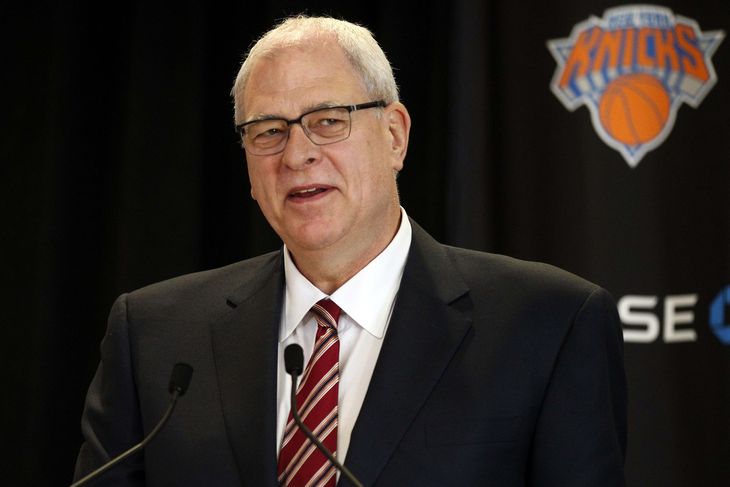 Prior to setting a franchise record for futility, by losing their 12th game in a row Monday night in Memphis, the New York Knicks dealt away the immortal JR Smith and Iman Shumpert in a three-team blockbuster trade.

(Both Shumpert and Smith were appreciative of their time in Gotham.)

The 105-83 road stinker to the Grizzlies dropped the Knicks to 5-32 on the season, and team president Phil Jackson has now fully entered Tank Mode.

The Zen Master says New York is looking for players who can fit into the Triangle Offense.

“I talked to those guys before the game,” coach Derek Fisher said. “I told them how much I appreciated their work during this transition process.”

Derek Fisher said the Knicks will try to fill their two open roster spots. “I don’t think this in any way signals the end of our transition process,” he said.

“I think our front office will continue to look at what we can do to replace a couple of these guys, but also how we’re going to build our roster going forward in the short term and the long term. I think Phil is continuing to look at how we transition as we change the culture of the New York Knicks.”