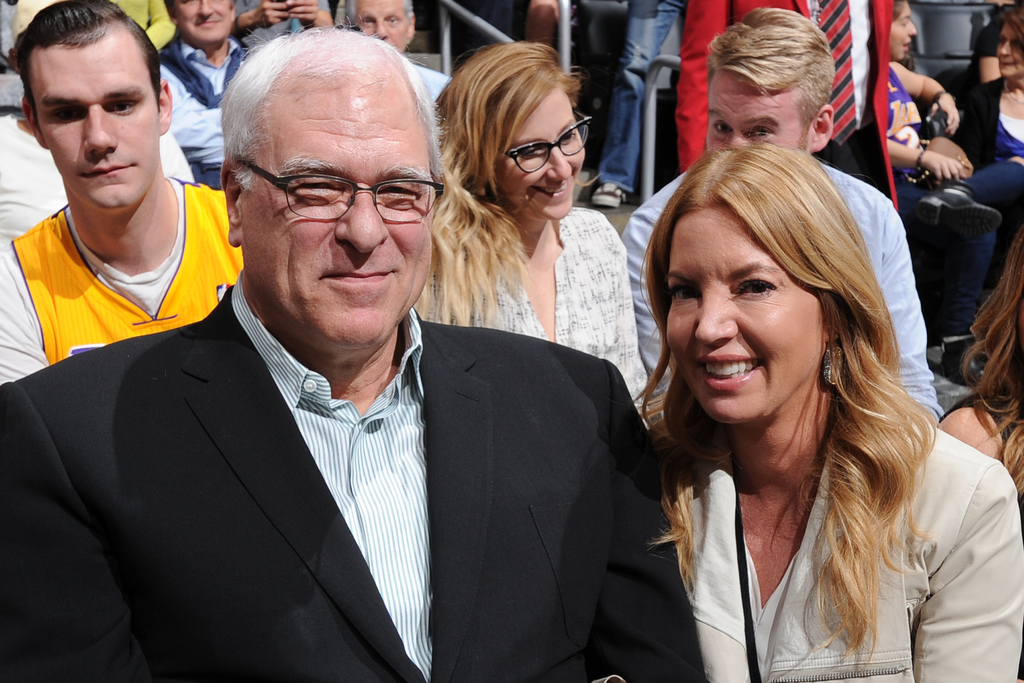 The Zen Master wrote that their long-distance relationship had become impossible to manage.

Nothing but love and respect for this man. @PhilJackson11 https://t.co/jlgNhnZvOA

The love of my life is the Los Angeles Lakers. I love Phil & will always. It's not fair to him or Lakers to not have my undivided attention

The two began dating in 1999 and became engaged around Christmas in 2012. In the foreword to Buss’ 2010 memoir, “Laker Girl,” Jackson wrote that she and Buss first bonded while waiting for a delayed flight from Vancouver, B.C., following league meetings the summer before his first season with the Lakers.

“Let’s just say that was the beginning of something special,” he wrote.

In recent seasons, Buss and Jackson sat together for parts of Knicks and Lakers games at Staples Center.