Phil Jackson: ‘Why Not Have a Four-Point Line?’ 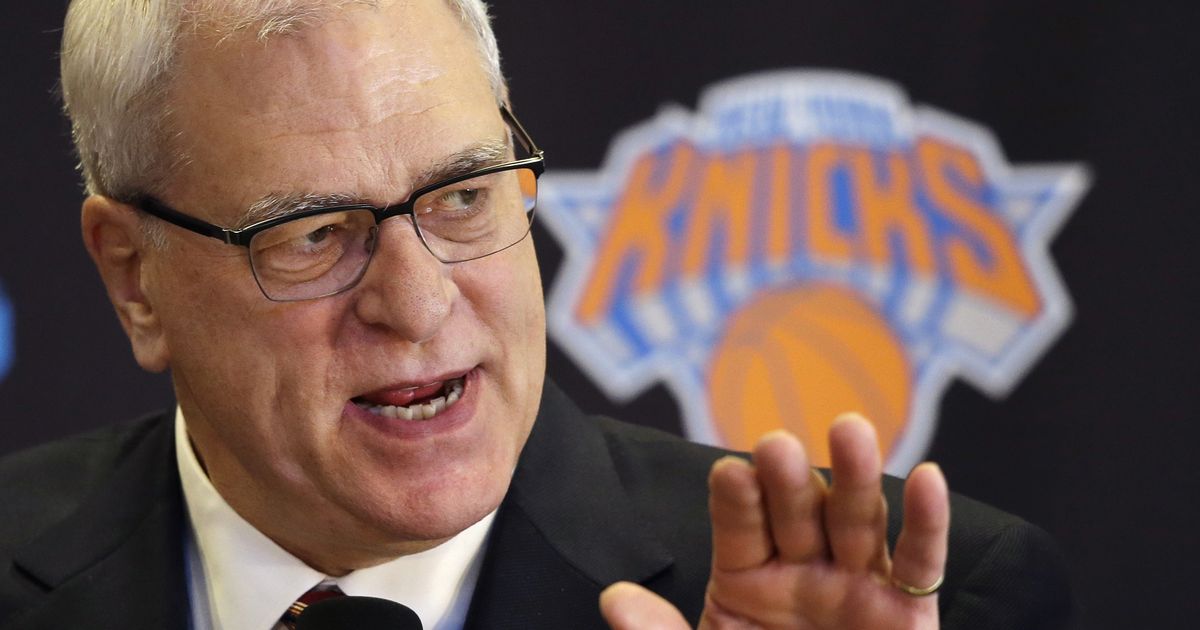 New York Knicks president Phil Jackson has a few ideas on how the modern NBA game could be improved: a four-point line, and a longer shot clock.

Jackson acknowledges the current small-ball revolution, but The Zen Master is quick to point out that he won six titles in Chicago without a dominant big man.

Jackson thinks the game will continue to evolve, and that the giants of the paint aren’t going extinct anytime soon.

“However,” says Jackson, “this is nothing new. Boston, New York and even Chicago won championships with undersized players. People forget how many titles the Bulls won with MJ, Scottie Pippen, Ron Harper, Toni Kukoc and Steve Kerr on the floor in the endgame. Small ball is just the latest cycle.” […] Jackson recalls when “Twin Towers” was all the rage. Hakeem Olajuwon paired with Ralph Sampson. Wilt Chamberlain and Nate Thurmond. And, don’t forget, David Robinson and Tim Duncan. “The pendulum will swing back,” Jackson predicts, “when big men make a habit of crushing smaller defenders.”

Until then, Jackson has a few suggestions to improve the pro game: “Why not have a four-point line about 35 feet out? It wouldn’t be long before players will get reasonably comfortable shooting from out there. And having a four-point line would certainly serve to enable teams to catch up in what are now blowout games.”

In addition, Jackson supports adding six seconds to the shot clock: “This would give offenses more time to get low-post players involved, make defenses work harder, and encourage more passing and player movement.” […] Overall, though, Jackson is not opposed to small ball. “I’m certainly not against it,” he says. “In fact, I’m not against anything.”