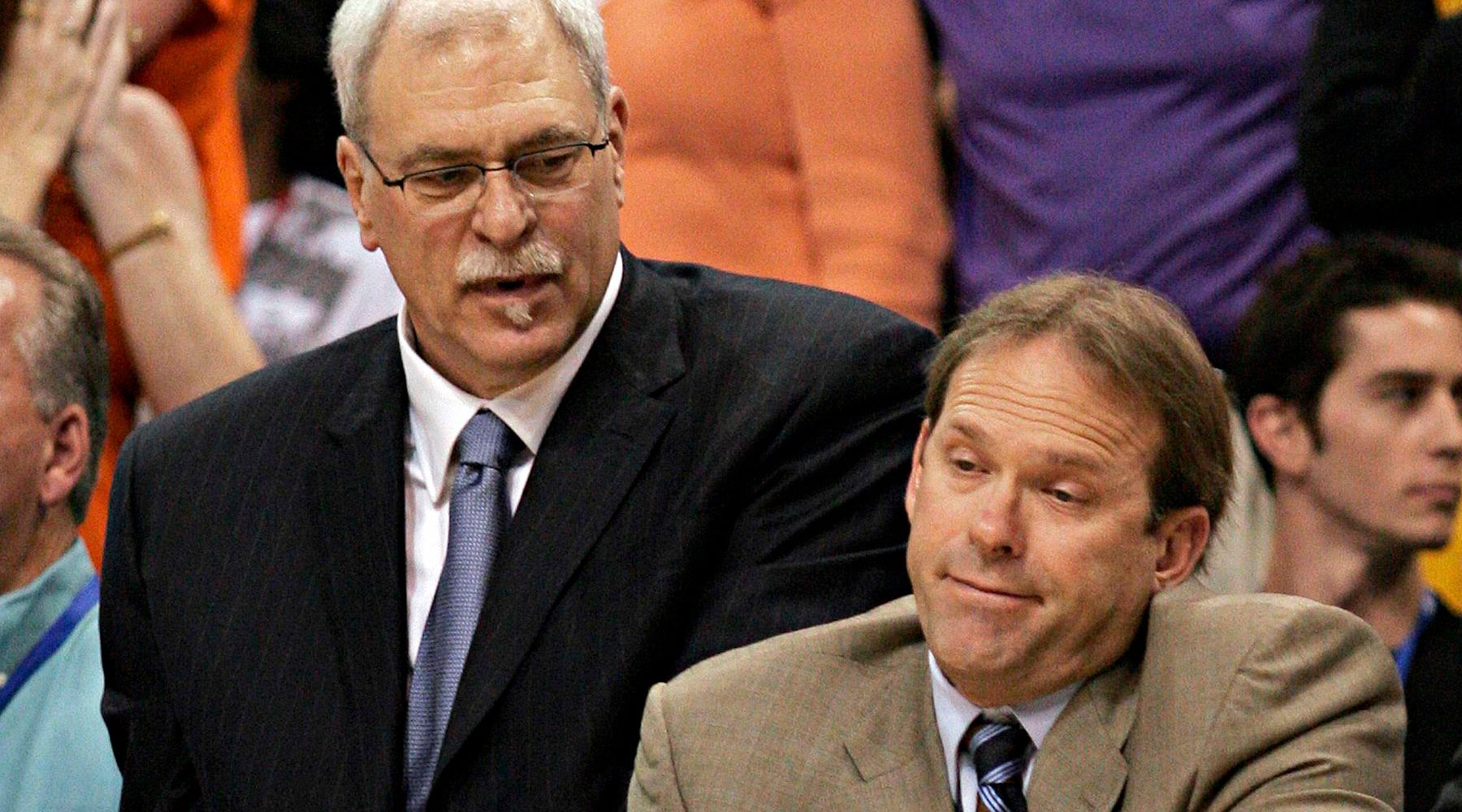 The Zen Master is also said to be taking a more vocal approach during team practices.

Rambis served as Jackson’s assistant coach with the Los Angeles Lakers during two stints, and has compiled a 8-16 record since taking over for Derek Fisher on an interim basis (he went a disastrous 32-132 in two seasons while head coaching the Minnesota Timberwolves in 2009-10 and 2010-11.)

Per ESPN and the NY Daily News:

Phil Jackson last publicly addressed the Knicks’ coaching situation in March during the team’s West Coast road trip and said then that Rambis is “perfectly capable” of coaching the club on a full-time basis. […] “Kurt and I have a relationship that goes back to 2001,” Jackson said. “He knows the ins and outs, what pleases me and [what] probably I want to have changed. … We have a relationship that’s much more tight [than Jackson’s relationship with Fisher].”

Several players confirmed that they have noticed Jackson taking a more active role in helping Rambis run the team. Fisher mostly resisted Jackson’s input, especially in front of the team because he felt it undermined his authority. […] Most head coaches would agree with Fisher, including a much younger Phil Jackson whose feuds with former Chicago Bulls general manager Jerry Krause were legendary. But as an executive, the 70-year-old Jackson fired his first-ever coaching hire less than two years into the job because Fisher wanted to run the team his way. Rambis, meanwhile, is Jackson’s preferred choice to keep the job because Rambis is more than willing to do things Jackson’s way.

Rambis is Jackson’s one and only choice to coach the team and Jackson even has the blessing of Irving Azoff, the famous manager of the Eagles who brokered the deal with James Dolan to bring Jackson to New York 25 months ago. Azoff, a business partner with Dolan, is also close with Rambis and his wife. […] Despite more accomplished coaching candidates available and despite Carmelo Anthony endorsing a comprehensive coaching search, Jackson is committed to his former aide and long-time friend. The Knicks have even started a smear campaign in the media against the top candidate available, former Knicks assistant coach Tom Thibodeau, who owns a .647 career winning percentage.