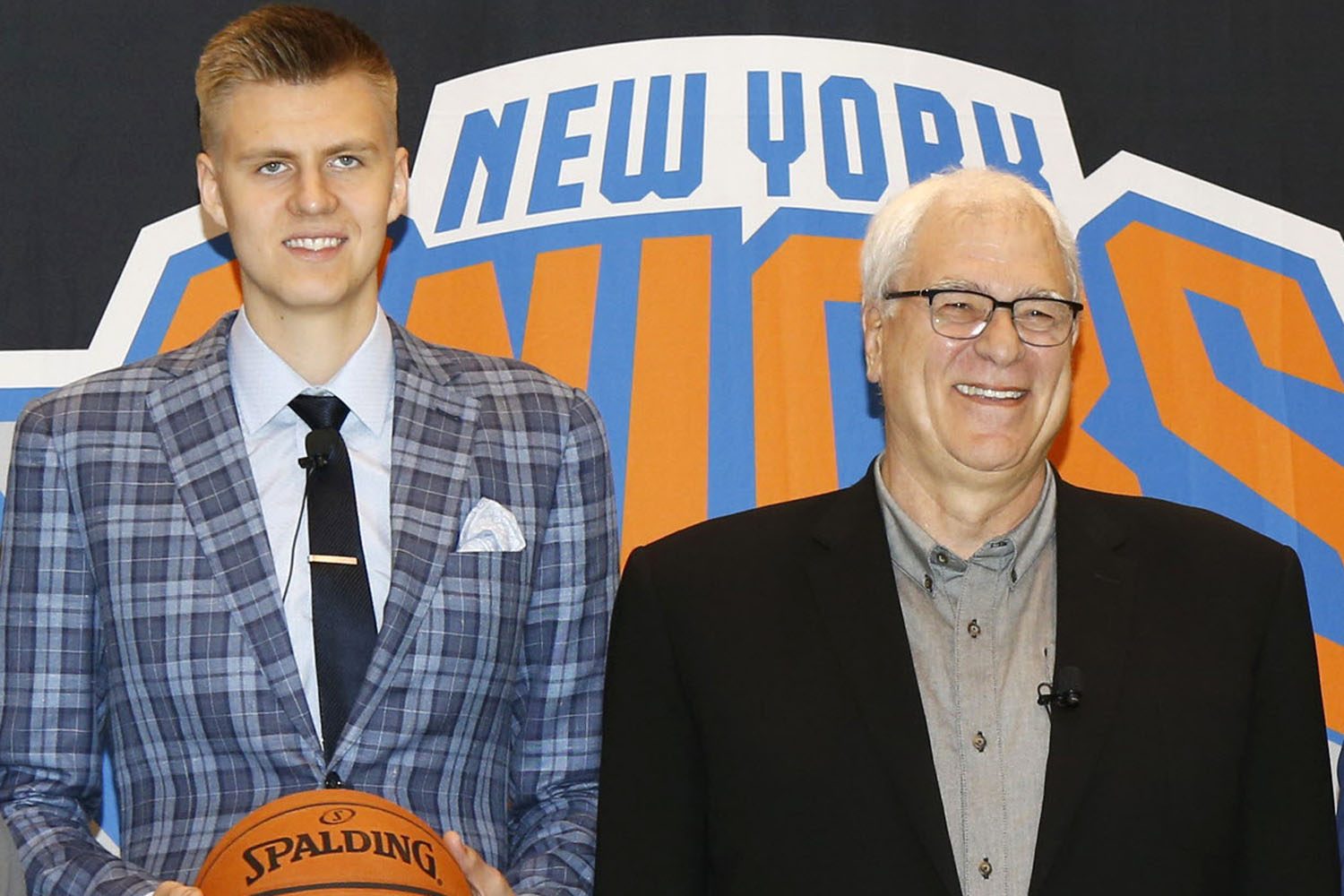 The New York Knicks—under The Zen Master’s stewardship as team president—ended up with K-Taps, who burst onto the scene and made the 2015-16 NBA All-Rookie First team.

The Purple and Gold nabbed D’Angelo Russell with the second pick.

The Lakers instead selected point guard D’Angelo Russell, who had an up-and-down rookie year. The 7-foot-3 Porzingis fell to the Knicks at No. 4 and finished runner-up in the Rookie of the Year voting.

In excerpts obtained from MSG Network from its special airing Wednesday night on the Jeff Hornacek hiring, Jackson said: “We knew that [Porzingis] had a lot of talent. We saw that even in the workout with him shooting, and I had some fun with one of the Buss guys and I told him after [our] workout, ‘You guys are going to be sorry if you don’t pick up Porzingis with the second pick.’ They didn’t, we did.” […] Jackson’s remark was a shot back at the Lakers, whose ex-coach Byron Scott said last month they passed on Porzingis because he looked out of shape in his L.A. workout.

Jackson’s fiancée is Lakers president Jeanie Buss, whose older brother Jimmy Buss is the team’s vice president of basketball operations. […] “Watching him in the summer league, we thought he was really competitive, that’s what we wanted to see in the tapes study we did,” Jackson added. “But when we saw that he had the stamina to play 28 to 32 minutes, well, we thought maybe he was going to be a 20-to-22-minute guy because of his strength and his lack of size or weight. But we knew how competitive, and what an athletic talent he was, really to be able to have that stamina.”