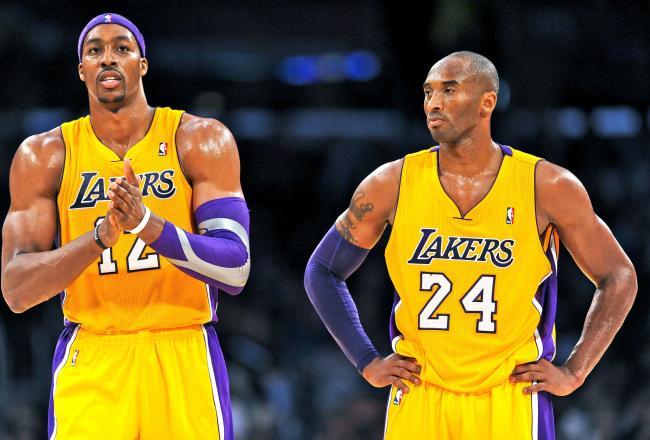 In a newly-released excerpt of the autobiographical tome, The Zen Master opens up about the disastrous negotiations between him and the Los Angeles Lakers that eventually led to the Mike D’Antoni hire, the NBA’s punitive Collective Bargaining Agreement with its players, Jackson’s engagement to Jeanie Buss just prior to the death of her father Dr. Jerry Buss, and offers insight into the failed and brief partnership between Kobe Bryant and Dwight Howard.

During his postseason interview, Dwight asked for assurance that I would be coming back to coach the team, but (Lakers GM Mitch Kupchak) quickly disabused him of that notion. He asked me to back him up on that and not send out a conflicting message. I agreed and told Mitch that I would reach out to Dwight and encourage him to sign with the Lakers. He never answered any of my messages.

And Kobe made a moving speech during the pitch, promising to teach Dwight the secret of winning championships that he’d learned from the best in the game.

If the meeting had ended there, it might have worked. But after the presentation, Dwight asked Kobe what he was planning to do after he recovered from his Achilles injury. Was this going to be his last year? “No,” replied Kobe. “I’m planning to be around for three or four more years.”

At that point, according to others in the room, Dwight’s eyes went blank and he drifted away. In his mind, the game was over. […] A few days later he announced that he was signing with the (Houston) Rockets.