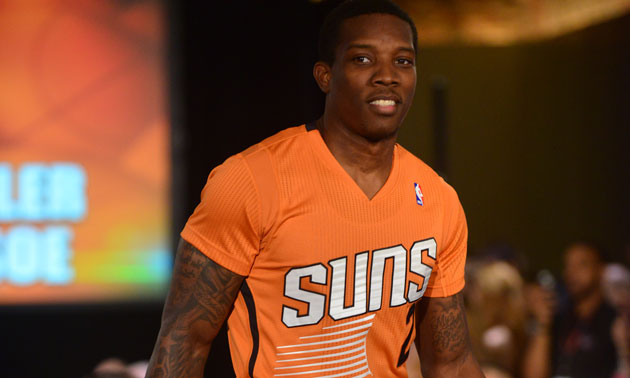 Talks between restricted free agent guard Eric Bledsoe and the Phoenix Suns aren’t going all that great, but GM Ryan McDonough says there’s nothing to worry about. The Suns say they expect to retain Bledsoe, and are not interested in any kind of trade for the explosive guard. Per Arizona Sports:

By all appearances the Suns would seem to be preparing for life without Bledsoe, but according to general manager Ryan McDonough, the team is not really interested in moving on without the point guard, regardless of how things may look.

“Our strong preference would be to have Eric back in a Phoenix Suns uniform,” the GM said Monday. “We’ve had productive dialogue with Eric’s representatives. It’s just a process. The free agency process goes different lengths of time for different players.”