Phoenix Suns to Play in the Talking Stick Resort Arena 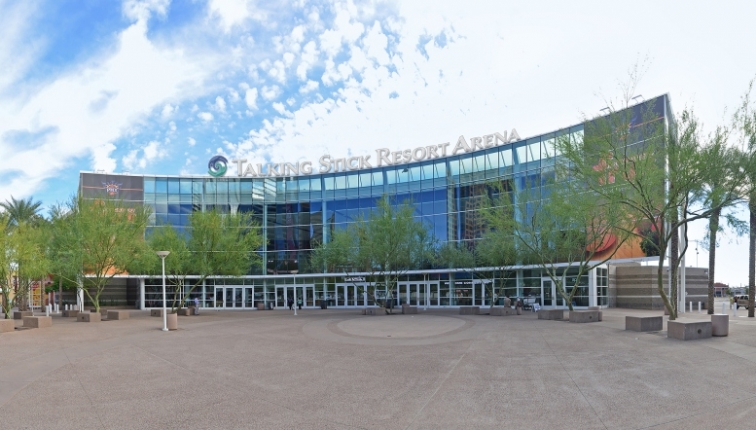 The Phoenix Suns announced Tuesday that they’re changing the name of their gym from US Airways Center, to Talking Stick Resort Arena.

The Suns share the building with the Phoenix Mercury and Arizona Rattlers; the new corporate name will become official next season.

The naming rights agreement for the downtown venue is a multi-year deal that builds substantially on the existing agreement between the two parties. The name change will be visible throughout the facility, with Talking Stick Resort Arena being prominent on the exterior of the building; on the underbelly of the center hung scoreboard; on the arena’s rooftop; and featured on the Suns and Mercury basketball courts. The Casino Arizona Pavilion – the arena’s main lobby area – will retain its name. Additional details on the provisions of the naming rights agreement will be released as the transition begins.

American Airlines, the current naming rights partner and owner of US Airways, has fulfilled all of its obligations and elected not to extend its naming rights agreement beyond the 2014-15 season. The facility’s naming transition to Talking Stick Resort Arena, from US Airways Center, is expected to be completed before the beginning of the 2015-16 Phoenix Suns season.