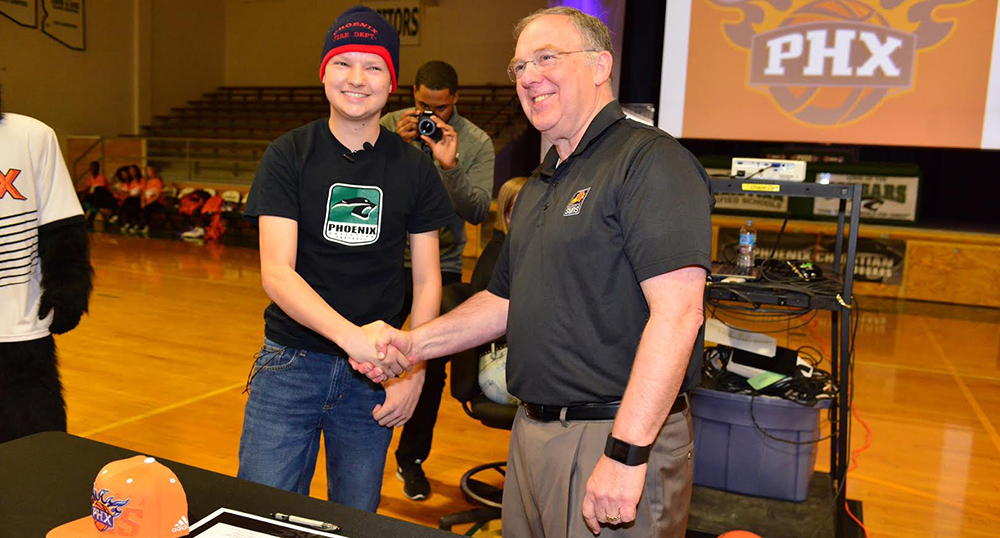 The Phoenix Suns have signed 17-year-old fan Jared Ornoski as an honorary member of the franchise’s front office. Ornoski, who is currently battling Hodgkin’s Lymphoma, will join Suns center Alex Len during tonight’s Lottery, and then will sit in on a pre-Draft workout, join the other executives during a Draft-planning meeting and remain with the front office during the NBA Draft this June.

More details about Jared’s journey are available here, and you can (and should) donate to Jared’s ongoing fight against cancer right here.