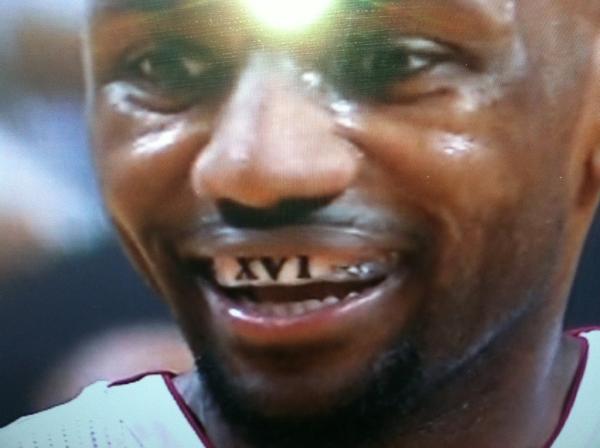 We’re all aware of how desperately LeBron James wants to win his first NBA title. So bad, in fact, that he has it written on his mouthguard. Explains the Miami Herald and Fox Sports: “LeBron is showing off his ‘XVI’ mouthpice. XVI = 16 = the number of wins it takes to be NBA champions. […] ‘You pay attention,’ James said to a reporter. ‘It’s just inspirational. I know this is the biggest part of the season, the second part of the season, so it’s just an inspiration for me.’ […] ‘I didn’t even know,’ Chris Bosh said after he was told. ‘I was wondering what that means. That is the biggest number in the world. Not too many of us have gotten 16 wins in a playoffs. It’s going to be the hardest thing to ever do. I think it’s great symbolism.'”