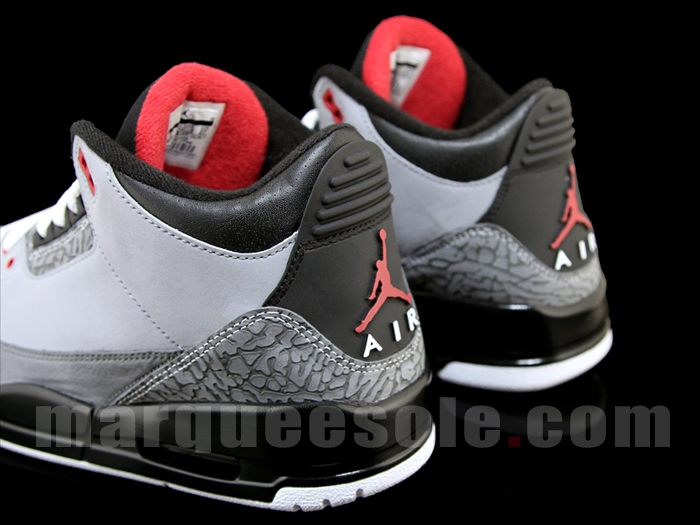 
If you’re a fan of the Air Jordan III, 2011 is the year for you. Arguably the most popular shoe of the Air Jordan line, the III is making a strong return this year. The white/cement and Black History Month colorways have already dropped and the true blue and black/cement will hit stores before the end of the year.

You can also throw this new colorway into the mix. The Air Jordan III stealth goes heavy on grey while still managing to make the elephant print stand out. It brings something new to the table without bastardizing a shoe that many heads hold sacred. That’s just what I think. Maybe your opinion differs?

No official release date on the shoe yet, though a few different sites are saying they’ll drop this year.