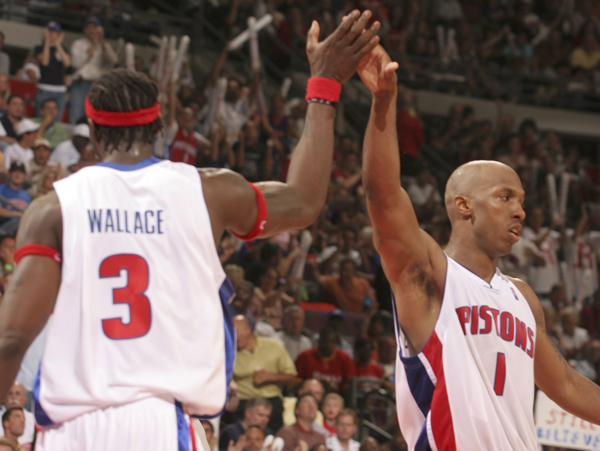 Last month, we learned of the Detroit Pistons’ plans to retire the jerseys of Ben Wallace and Chauncey Billups.

Today, some more details have been revealed in regards to the actual dates when the jerseys will rise.

The Detroit Pistons today set the dates for the ceremonies to retire the jerseys of former stars Ben Wallace and Chauncey Billups.

Wallace will be honored during a halftime ceremony Saturday, Jan. 16, when the Pistons host the Golden State Warriors at the Palace of Auburn Hills. Billups will be honored at halftime Wednesday, Feb. 10, when Detroit plays his hometown Denver Nuggets.