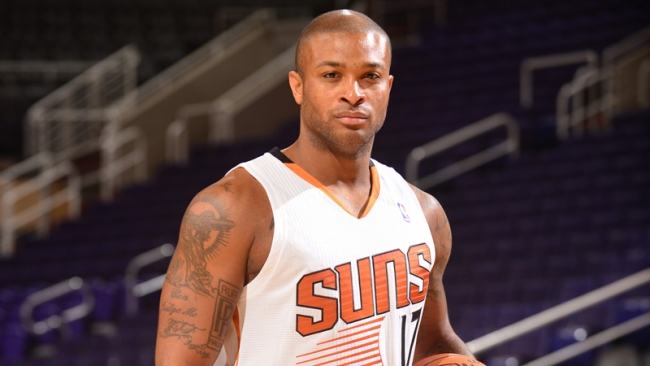 The Phoenix Suns and free agent PJ Tucker have come to terms on a three-year, $16 million pact. For the 29 year old who averaged 9.4 points and 6.5 rebounds with 38.7 percent 3-point shooting last season, the third year of the contract isn’t fully guaranteed. Per the AZ Republic:

The Suns lost one of last season’s two leaders, Channing Frye, to Orlando this week but kept the other in Tucker. He just as importantly was the team’s best defender and one of the NBA’s better swingman rebounders, at 6 feet 6 and 235 pounds.

This is Tucker’s first big NBA payday after Phoenix brought him back from five years of international play for a two-year, minimum-salary contract that resulted in Tucker becoming a two-time Dan Majerle Hustle Award winner, a full-time starter in 2013-14, a reliable corner 3-point shooting threat and the Suns’ go-to stopper on opposing top scorers at various positions.