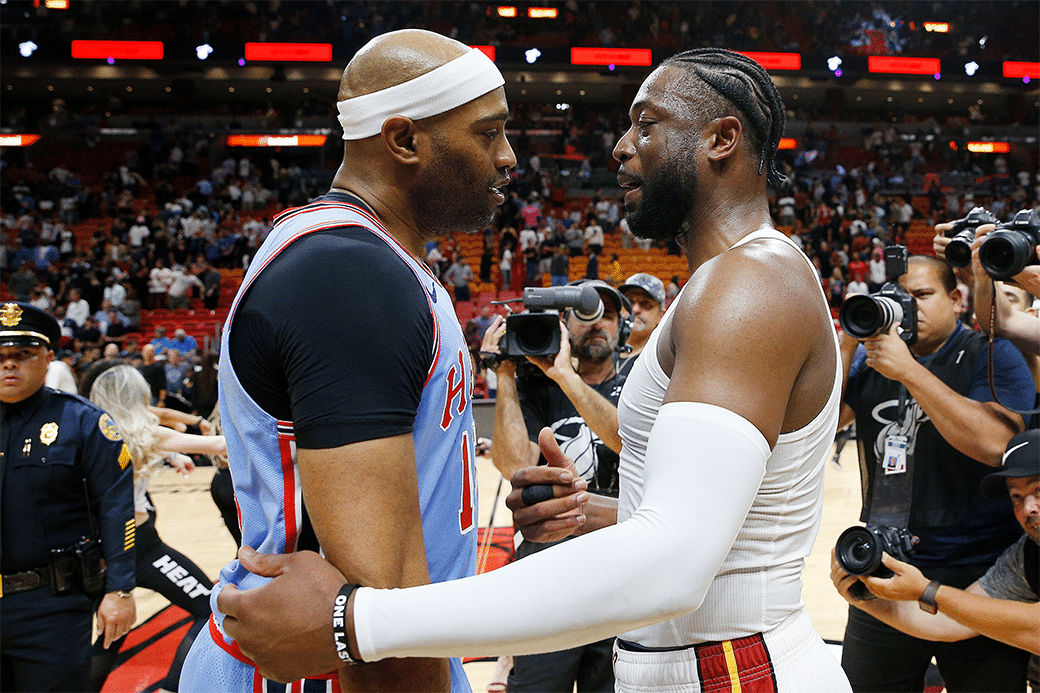 The Lakers ran out to a quick start, leading by double-digits in the first quarter, but the Clippers’ bench duo of Lou Williams (21 points) and Montrezl Harrell (14 points, 11 rebounds) provided a spark to push the Clippers into the driver’s seat. Danilo Gallinari scored a team-high 23.

Wade’s bucket with 46.6 seconds to go iced the game as the Heat went up 3 and held on the rest of the way.

Kelly Oubre Jr. scored 27 points and had 13 boards as the Bucks suffered a loss in the final game of their West Coast trip. The Suns outscored the Bucks 38-23 in the final period to earn their second straight win and third of their last four contests.

Anthony Davis was ultra-efficient in his 22 minutes of play, racking up 15 points, 11 rebounds, three steals and three blocks in just 22 minutes of action. Julius Randle was the star of the show, though, with 30 points, eight boards, five dimes and two steals to go along with a game-high plus-minus of +17 in 39 minutes.

Alonzo Trier scored a game-high 29 off the bench, but 17 turnovers plagued the Knicks.

Buddy Hield scored a team-high 28 points for Sacramento and Harry Giles continued to shine with 17 points and seven rebounds in 22 minutes.

The Nuggets trailed by 18 with 7:14 to go and cut that deficit down to one after a Jamal Murray 3-pointer with 49.6 seconds to go, but the comeback effort ended there as the Nuggets ended the game with three missed field goals and a turnover.