Push it to the limit 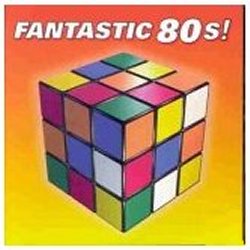 This has absolutely nothing to do with basketball, but it’s summertime dammit, and I’ve already written about Team USA and Iverson today. For everyone that’s been calling for them to be called “The Redeem Team”, we tried that last time and they were far from redeeming. We still need a name. Moving on…

Yesteday I read a great post on straight bangin’, which I couldn’t possibly agree more with, and I want to share. I used to have an unhealthy obsession with the movie Scarface. I could quote it line for line, but even worse was that I knew the soundtrack by heart. People wouldn’t believe me when I said there was a song called “Rush rush to the yae yo”, but it’s there during the scene at the dance club where Al Pacino starts to move in on the boss’s lady.

When the rapper Scarface sampled it, Fat Joe used a sample on his first album, and of course the Raekwon song “Criminology” had a sample, I loved every minute.

When Mobb Deep sampled songs from the movie for “G.O.D. Part III” and “Your Life is Mine”, it was great. Cool, understated, hidden for the true Scarface superfans. of course.
Grand Theft Auto III came out, and the Flashback radio channel was all Scarface soundtrack songs. Again, I was ecstatic, although I had already heard each of those songs a million times.

Then came a song by a certain rapper whose first name is Killa, sampling “Rush Rush.” At the time, it was a stroke of genius. But the trend of using 80’s pop hits to talk about selling crack in modern times continued to the point of ridiculousness. I find this amusing, considering the happy popcorn nature of the 80’s songs they choose to use. Maybe it’s supposed to be for irony, although I really doubt that much thought is going into it.

As straight bangin’ points out, Rick Ross has taken the other big song from Scarface, which is “Push it to the Limit.” I see, like push drugs to the limit. Even worse, he references lines from the movie during the song, talking about banana boats and stuff. This is how straight bangin’ wrote it up, which led to me laughing out loud:

Oh, I get it: You’re from Miami and you front like you’re some neck-bearded Antonio Montana so naturally you sample 80’s synth-rock used in Scarface. What a clever way to get Paul Engemann some royalty paper. Subtle, Rick, subtle. Your wit knows no bounds.

I like this track in that “I don’t really like it but find its mere existence to be funny” kind of way. Why? Well, you know how I sometimes like to make a big deal about these studio gangsters, who pretend that they still gets moneeeeeeeey by selling drugs when they’re not lounging in suburban New Jersey or wherever they’re filming their episodes of Cribs, picking mismatched beats for their lyrical content? Well, this is just the latest addition to an expansive catalogue of dope-boy gangster music that relies on completely non-gully 80’s pop. And that’s hilarious. Just ask Jadakiss or DMX or Cam’ron. I mean, what’s harder than hallucinatory tales of violence and drug dealing set to a Casio drum pattern and a simple sprinkling of electronic keys?

I’m laughing even more reading that a second time. When Scarface was on TV recently, I caught a few minutes and it hit me that Al Pacino is an Italian guy who went waaaaaay over the top with that fake Cuban accent. Rappers like Rick Ross seem to think that Tony Montana was a real person that could do things like snort 20 pounds of cocaine and get hit by hundreds of bullets without feeling anything.

The truth is that Oliver Stone wrote the screenplay and he is a huge San Francisco 49ers fan. His favorite player at the time was Joe Montana, so he created a fictional character with his name for a re-make of the classic 1930’s Howard Hawks mob flick Scarface, which was loosely based on the life of Al Capone – who by the way, died of cardiac arrest after pneumonia and a stroke, not a shotgun blast to the back from an assassin.

In the first scene of the 1983 Scarface, when Tony is being interviewed by the U.S. customs agents, he says he learned how to speak english from watching James Cagney and Humphrey Bogart movies. Those two pioneered the tough guy on film role that today’s best actors still copy.

Where is this rambling mess of a post going? Well, last night I saw a commercial for the new Miami Vice movie, which Omar has reviewed by the way, and that should be up soon. They played snippets of the soundtrack, which was to my horror a cover of Phil Collins’ “In the Air Tonight.” Now that is just blasphemy. That song has been H-O-T HOT for 20 years. I don’t know who recorded this version and I don’t want to know.

And since this post was basketball-free, let’s take it all the way. Now is your chance to head butt like Zidane.