Q & A with Doug Harris 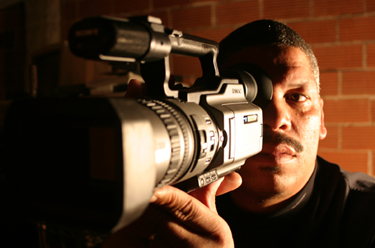 Our man Rus Bradburd did a nice little Hype piece in the new issue about filmmaker Doug Harris, who was an NAIA All-American player at Eastern Washington in ’83 before playing overseas and then shifting his focus behind the camera, from where he has created well-received bball documentaries such as Bounce: The Don Barksdale Story and Basketball in the Barrio. His next project is Basketball Guru: The Pete Newell Story, about the coaching legend. Rus conducted a lengthy interview with Doug for the story, but we had no room in the mag to run said interview. Basketball and movie fans alike, here it is.—Ed.

SLAM: What have been your favorite basketball films, the ones that inspired you?
Doug Harris: I can’t say that I have any one favorite basketball feature film, but Glory Road is a story that I really enjoyed because of its historical relevance to modern day basketball, although it’s not exactly factual. Hoosiers and Coach Carter were also a great basketball films. I loved “The Bronx is Burning,” the baseball series on ESPN about the Yankees. And in terms of documentaries, I’d have to say Black Magic is probably the best story ever produced.

SLAM: What makes for a good basketball story? How do you decide on your projects?
DH: For me, the best stories are the untold ones you’ve never heard about, or don’t fully know about.  When developing documentary film projects, I try to gauge the interest of the target audience I’m trying to reach, then through preliminary research I can make a clear determination if the particular project is worthy.

SLAM: Your reputation as a fine filmmaker has got you in front of the biggest names in basketball history. What’s that been like?
DH: Having the opportunity to meet and interview some of the greatest legends from college and pro basketball has been truly special. Jerry West. The Big O. Coach K.  I’ve been fortunate to form close bonds with these individuals, allowing them to freely discuss subject matter from an in-depth perspective that you rarely hear. When people you interview have a close connection to the subject you’re covering and feel comfortable with you as a producer, they open up in ways that are very special. I must add that research and preparation for the interviews is always the key.

SLAM: Any similarities between filmmaking and playing ball?
DH: I think the similarities with filmmaking are more with coaching than playing. Producing films takes a high degree of management and organizational skills. When I’m wearing the director’s hat, communication is always the big key. You can make an argument that these are many of the traits you find in successful coaches. My experience in coaching basketball over the years has helped me tremendously in these areas of being a filmmaker. You really have to be a people person with strong leadership skills in this field to make it all work.

SLAM: You seem to have a political side as an activist. Where did that come from?
DH: I would say that I lean more towards the social side as a filmmaker rather than political. The majority of my filmmaking is of a historical nature, so the social dynamics play a big part in most of my film productions. Often times I have to analyze the sociological aspect of a subject or person to get a full understanding of the historical relevance of their contributions and/or achievements. This approach has worked well for me because the majority of people that watch my films express that they learned something, which brings education into the equation.

SLAM: Don Barksdale was the first African-American NBA All Star, the first All-American, and the first Olympic player. Why was he forgotten for so long before your film reminded everyone who he was?
DH: Don Barksdale was a good friend of mine who made extraordinary contributions in basketball during the mid 20th century. Many of the people that knew of Don Barksdale’s exploits have passed on, so you now have a new generation of people that are learning about his legacy and what he had to endure as a Black pioneer in basketball.  These are the types of untold stories that make documentary filmmaking a thing of beauty for me.

SLAM: It’s amazing to consider that Pete Newell beat UCLA eight times in a row. Why is Newell known as a ‘coach’s coach,’ while Wooden is the media choice?
DH: Over the span of seven decades, Pete Newell probably had the single most influence on the way basketball is taught and coached on all levels. When I interviewed Mike Krzyzewski the other day for Basketball Guru, he pointed out that with Pete Newell it wasn’t about the wins and losses, it was about the importance of how the different fundamental aspects of the game were taught.  This philosophy I think was overlooked by the media because their primary focus has always been on winning and not necessarily on sharing information on ways to improve the overall game. Not to take anything away from John Wooden and his great legacy, but Pete Newell remained involved with the teaching part of basketball all the way up until he passed away. This is something people will learn when they see the film.

SLAM: What’s your next project after Basketball Guru?
DH: With several projects in the works, the one I’m really enthused about is a documentary called McClymonds: School of Champions about a high school in West Oakland that fostered a number of prominent world class athletes. The list includes Bill Russell, Frank Robinson, Curt Flood, Vada Pinson, Paul Silas, Jim Hines, Antonio Davis and many others. Basketball Hall of Fame member Bill Russell was the first Black to coach in the NBA, and his McClymonds teammate Frank Robinson was the first Black manager in Major League Baseball. Curt Flood challenged Major League Baseball’s reserve clause which paved the way for free agency and the multimillion salaries that athletes from all sports are now benefiting from.

SLAM: Why have sports documentaries become such a popular genre?
DH: Sports documentaries started to really become popular when Hoop Dreams and When We Were Kings played in theaters to large audiences. A short time later you began to see some great sports stories sprouting up on cable television channels like HBO and ESPN. Filmmaker Ken Burns even jumped into the mix producing some compelling sports documentaries for PBS. So society’s fascination with sports has paved the way for this genre of entertainment.

Rus Bradburd is a frequent contributor to SLAM and the author of the upcoming book, Forty Minutes of Hell: the Extraordinary Life of Nolan Richardson. Go to rusbradburd.com for more. 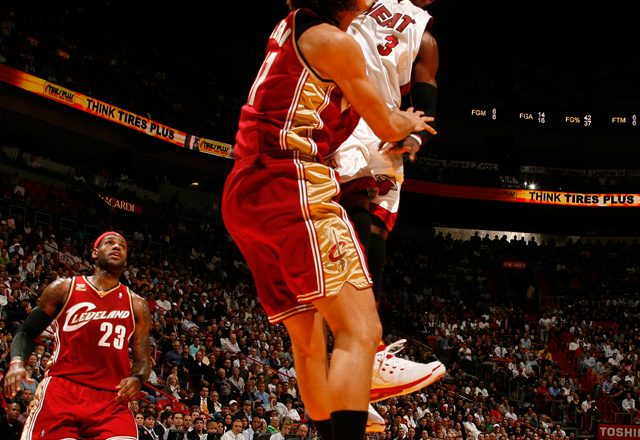 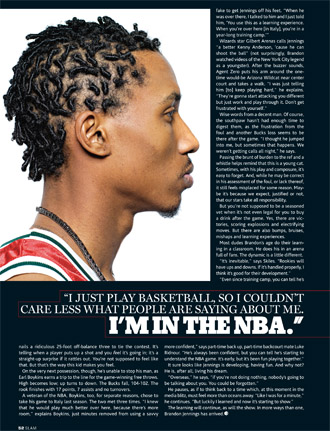 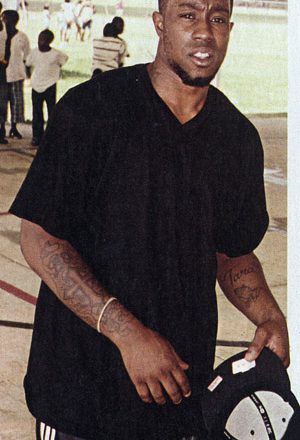 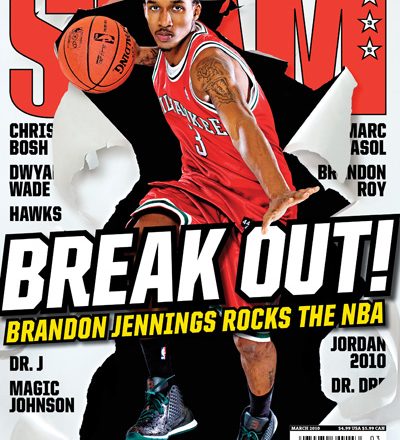 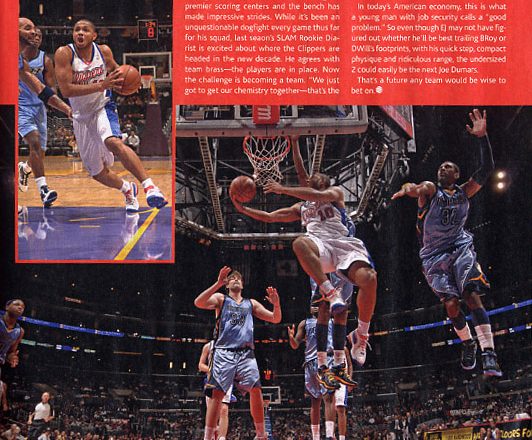 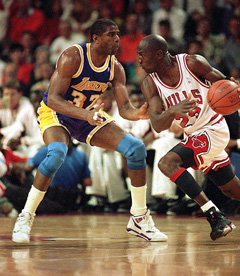 Which MJ was the Greatest?