We spoke with the Arizona Cardinals safety about his love for basketball. 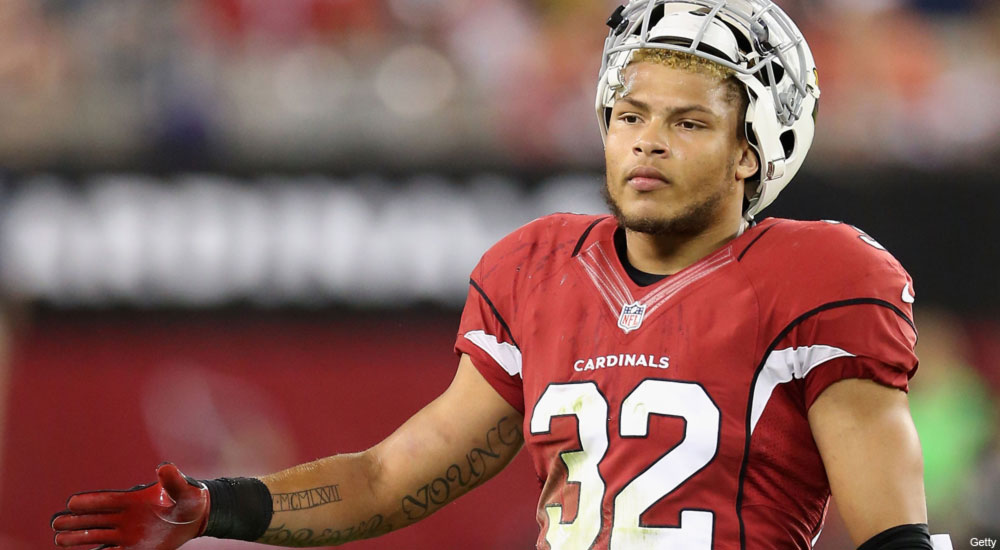 Though he doesn’t look like much, at 5-9 and 180 pounds, Arizona Cardinals safety Tyrann Mathieu is one heckuva football player. If you ask him, the 22-year-old is just as good at basketball too.

“I’m definitely the best basketball player, I would say, in the NFL,” says Mathieu. “I don’t think anybody could check me, and I could check everybody.”

There’s no reason not to believe him. After all, when you watch Mathieu zip around the field for the Cardinals you can easily imagine him doing the same on the hardwood.

With that in mind, we spoke with the native of New Orleans, LA, about all things basketball.

SLAM: Outside of playing football, did you try hooping at all when you were young?

SLAM: You were small, but I’m sure you were probably one of the best on the block, right?

TM: I was kinda like a Derrick Rose. I’m not 100 percent from outside, but if I get in the lane I can make some magic happen.

SLAM: Do you get to watch a lot of basketball now?

TM: I don’t follow it, but I follow certain guys. I’m a big fan of LeBron, Derrick Rose and Kobe. Those are the three guys I try to keep up on.

SLAM: Have you ever been to a game in New Orleans?

TM: Yeah, I actually been to a Hornets game back when my girlfriend danced for them. I was able to see LeBron score eight or nine buckets in a row. That was tight.

SLAM: You ever imagine what LeBron would look like on the football field?

SLAM: I can see that. I could also picture Megatron playing hoops.

SLAM: Do you think there are any guys on your team who have the skills to really hoop?

SLAM: Do you get to play anymore ever?

TM: I was coming off of surgery, so I couldn’t play this offseason. But I’m definitely looking forward to it next offseason.

SLAM: I know you said your jumper runs hot and cold, but are you the best basketball player on the Cardinals?

TM: I’m definitely the best basketball player, I would say, in the NFL. I don’t think anybody could check me, and I could check everybody. I’m just going to outhustle them and get hustle points.

SLAM: Everyone loves a great backcourt in the NBA, like, say, Stephen Curry and Klay Thompson. Well, that’s kind of how I see you and Patrick Peterson in the defensive backfield. I think you have the best set of DBs in the NFL. You kind’ve see it that way?

TM: That’s our goal, obviously, to one day be the best duo to ever play football. We’ve got our hands full, though, because there are a lot of great tandems in the NFL with the guys in Seattle, New Orleans. There are a couple of guys that we have to compete against, but if you ask me we’re definitely the best.

SLAM: When I talk to basketball players, they say that there is nothing like a big dunk or crossover. What’s the equivalent of that for you in football?

TM: It’ll probably be catching an interception and taking it to the house. That’s the biggest, most defining moment for a defensive back, especially those plays don’t happen every game or even every season. So, every time you catch an interception, you want to be able to score because those opportunities don’t come around too often.

SLAM: So now that you’re feeling 100 percent, are we going to catch you out there Schmoney Dancing after your next interception?

TM: Actually, my girlfriend’s been trying to teach me. I’m not really a good dancer, but she’s been teaching me to dance, and I definitely want to learn that dance because I like the song.