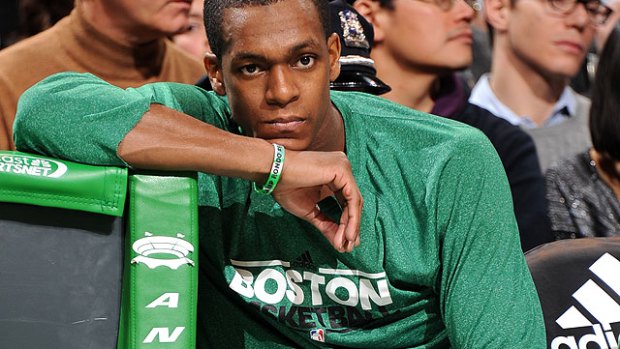 When Boston took point guard Marcus Smart with the No.6 pick in this year’s NBA Draft, more than a few eyebrows were raised. The Celtics’ front-office insists that Smart and fellow point man Rajon Rondo can become a formidable guard combo, and Rondo says he’s more than fine with it. Per the Boston Globe:

Celtics president of basketball operations Danny Ainge said on draft night that picking Smart means nothing for Rondo, and he’s maintained that stance.

Rondo takes a similar position on the matter.

“I don’t think nothing of it,” he said, shrugging his shoulders. “I am who I am.” […] But Rondo said he doesn’t believe he needs to hear any assurances from Ainge about his role on the Celtics. “No. That’s fine,” Rondo said, adding, “I don’t have too many feelings involved in this business. I’ve played my heart out for the game, but business is business. I can be here today, gone tomorrow. You never know. For me to get bent out of shape, or to feel threatened by the Celtics drafting a point guard, it means nothing.”