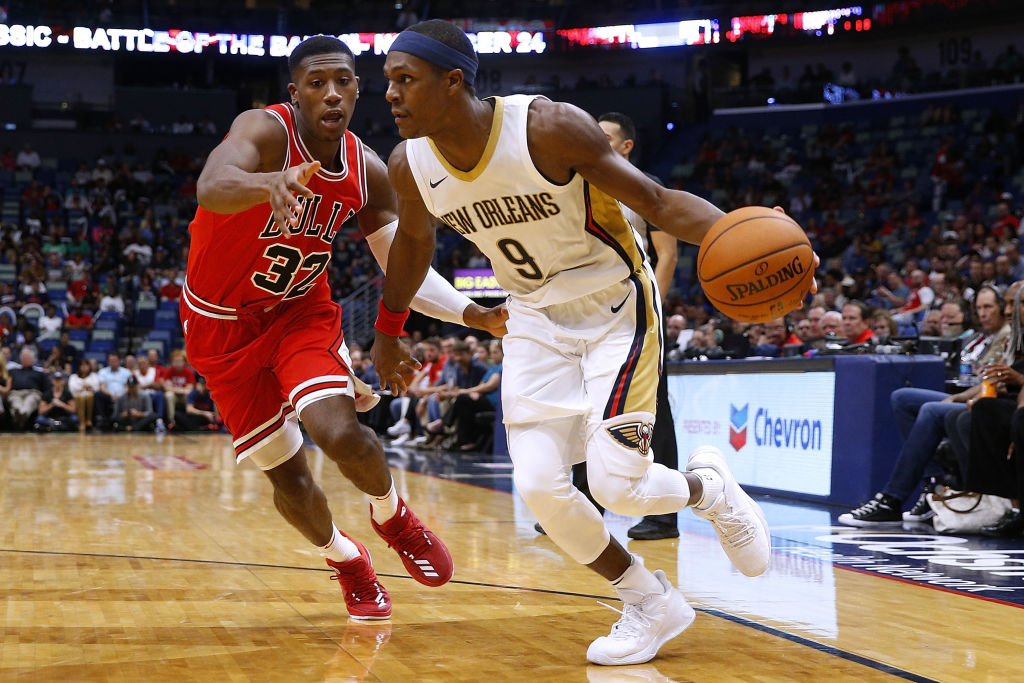 Rajon Rondo was waived; Jimmy Butler was traded; and Dwyane Wade received a buyout: for Rondo, it’s clear the Chicago Bulls aren’t interested in being competitive in 2017-18.

The veteran point guard thought he could’ve led the Bulls to the second round of the playoffs, but didn’t think the team would keep him around long thereafter.

Caught up with Rajon Rondo: https://t.co/pLamOzEFYl

Still, Rondo says he has no regrets about his lone, often frustrating season in the Windy City.

“I thought they’d waive me from the jump,” Rondo said in his first remarks about leaving the Bulls. “That’s just my feeling and my intuition.”

On May 3, executive vice president John Paxson said “there’s a very good chance” the Bulls would pick up Rondo’s $13.4 million team option. On June 30, eight days after changing the franchise’s direction with the Jimmy Butler trade, the Bulls waived Rondo, whom they will pay $3 million this season.

“Especially the way the season ended, I don’t think you can say, ‘OK, now we’re going to get rid of Rondo,'” the veteran guard said. “Management figures are smart. They know what to say at particular times.

“But you traded away one of the best players in the game on draft night. So you kind of know where that situation is going. I guess it’s what happens when you decide you’re not trying to win.”